"Oh no! Did I get amnesia?!" wondered Nefasto before remembering his past.

He's a game data, from a very bad game.
Moments ago he was killing the fearsome Apples from Another World with his trusty giant can. His glory didn't last long as the shoddy work of his programmers couldn't handle even a small bug. His whole world broke down under his limbless feet. As the System started purging his game, he managed to escape with only his sarcasm and his buggy code.

Oh! And an inventory too, a gift from Diana.

While Nefasto tries to figure out where he ended up, a countdown appears above him. He's trapped in your computer, and that's bad news! His buggy code is corrupting the System.

Your computer is about to crash!

You have a limited amount of time to get rid of Nefasto before the countdown drops to zero. Guide Nefasto in an unfamiliar and mostly unpragmatic world as you fix all the problems that he either creates or encounters, but mostly creates. There are a handful of ways to get him out that you can find, and to stabilize your System. Nefasto might prefer a solution where you keep him alive, but that is only optional. The locals may or may not help you.

A Point'n Click Adventure in the Central Unit of your computer.

add to wishlist
Kick The Can 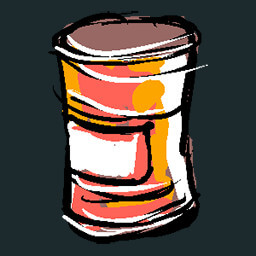