THIS PRODUCT SUPPORTS ENGLISH LANGUAGE ONLY

If we need to describe this game in brief sentence, this game is like an evil soul living in a cute body. I'll tell you why:

--How long does it take to beat the game? Half an hour?

C'mon, what can you do within 30 minutes in this game, maybe clear the first chapter? That's only 1/8 of all the levels, and pretty much the easiest part!

--So you mean you'll keep doing the laser cat trick for 4 hours?

No kidding! Light Tracer has 8 chapters with TOTALLY DIFFERNT gameplay and machanics and puzzles! Could you please check the reviews from media? Here are some examples.

Light Tracer is a well-crafted VR platform title. Once you get used to the controls, it becomes challenging enough to keep you coming back for more  --VRFocus

Light Tracer is a wonderful, if at times way too tough VR experience. It looks and sounds great, and will keep players busy for a very long time.  --PXS-Sense.nl

It’s a lot of “pat your head and rub your stomach” level complexity as my brain tried to sync up two distinctly separate things in order to help the princess on her journey, especially the further up the tower I climbed. -- PlayStation Lifestyle

See? This game is challenging!

--But what about that best kids and family game award?

They are probably wrong, because if you let a kid play the latter levels they will probably cry and quit -- I don't think they can figure out the puzzles or even the action part. If there has to be an award for Light Tracer, it should be "Most hardcore VR game" or something.

--Hardcore??? Are you serious??? With this chibi character?

Don't be fooled by the visualization! It's cute, no problem, but it's not an "easy-come-and-go" thing! There are boss fights for each chapter and it feels like the battles in Legend of Zelda! It involves action, puzzle-solving and patience, which is just what a hardcore game means!

Sorry but you are wrong again! It's not ripping off Zelda, instead, everything here you will see is original. Just, the developers try to mix some classic feel of Mario, Legend of Zelda, and Monument Valley into VR, with their original control scheme. But you should soon see that this make the game feel even different from those classic games when you play it in VR! Honestly I don't know how to explain it well and that's the reason why there's so much misunderstanding to it. But from what everyone says after playing it, it's a game that any curious person shouldn't miss.

--Anything more?
Yes, Light Tracer is on Steam now and if you want to check if we are wrong just try it!

Cleared Chapter 1.
I Haven't Fallen Yet

Reflected 4 ball attack of the Boss in one go from Chapter 1.
There Has to be a Way

Used a sword to defeat a monster.
Careful observation

Found out a worm hiding at the bottom of the ground.
Heavenly Beings

Cleared Chapter 3.
Wealth in the Sky

Got all coins in Chapter 5 - Section 5.
The Distant Temple

Cleared Chapter 7.
The Gate of Order

Gazed at the little girl for 30s.
Foresight

Defeated the Boss of Chapter 6 by just using gravity change 3 times.
God, Until We Meet Again

Completed the whole story of Light Tracer.
Run or Jump?

Touched the little girl for one minute.
Playtime with the Snowman

Chose to go forward and backward in the animation of Section 4.
Crazy defeat 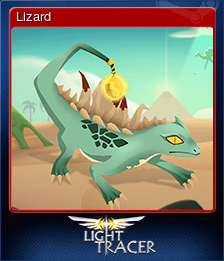 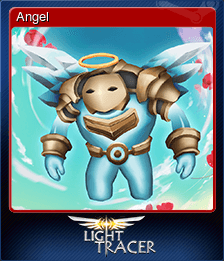 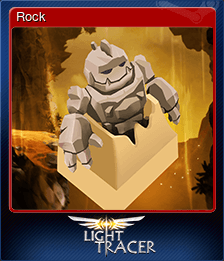 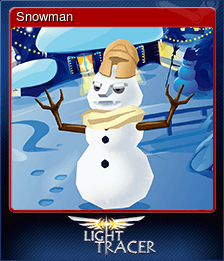 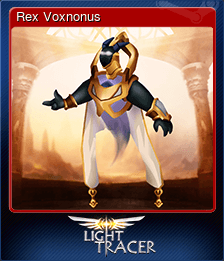 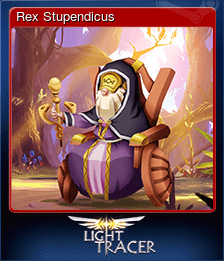