"I Am You From The Future! No Time To Explain, Follow m-OH CHRIST!"

Chase your future self through time and alternate realities while fighting giant monsters, collecting hats, and eating cake! No Time To Explain is a game about Time Paradoxes, Jetpack Guns and Ribs In People's Eyes. It's a comedy platformer featuring great music, voice acting and gameplay that becomes more ridiculous as you go.

add to wishlist
That was it.

Dance to the first boss and don't stop for nothing.
Greedrun

Collect all the hats.
Dinorun

Beat the scrolling shooter segment without dying, as a dinosaur.
Speedrun

Play through Straightjacket Darkness universe without dying, with a horse head.
Mmyes Indeedrun

Beat Rejected Green Clone universe in under a minute wearing a monocle and top-hat.
A Dark Reality 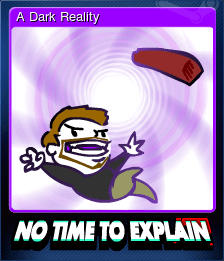 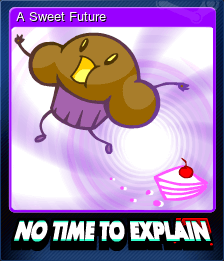 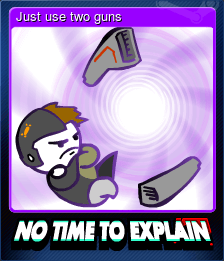 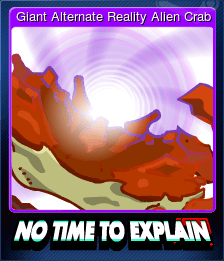 I am you from the future 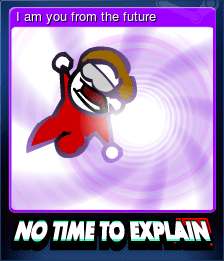 Am I you from the present? 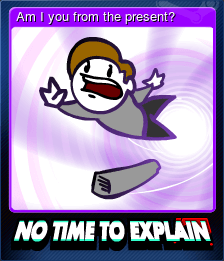