As Chuck Greene, you have 72 hours to save your infected daughter, clear your name and survive the hordes of hungry zombies before the military comes in and nukes the city. To ensure your survival, you can combine everyday objects to create numerous deadly combo weapons and slaughter the ravenous zombies. Dead Rising 2, it’s where Creativity Kills.

Created a combo weapon. Introduce it to the nearest zombie!
Zombie Slaughter

Changed into 10 different pieces of clothing. Looking dapper, chap!
Don't You Die on Me!

Revived another player in Co-op. He owes you one.
Bartender

Saved 10 survivors. But more are still out there...
Vigilante Justice

Reached level 25. Halfway there!
Father of the Month

Gave Katey a gift. It's good to spoil her sometimes.
Half Deck

Completed The Facts. The End... or is it?
Judge, Jury and Executioner

Defeated 10 psychopaths. The world is a safer place.
Tough Guy

Completed Overtime Mode. TK got what he deserved.
The Skill to Survive

Killed 5,000 zombies. Is that all you've got?
Professional Rising

Reached level 50. You're a machine!
He Hasn't Covered Wars...

Used every type of firearm on a zombie. Bang!
Wrong Kind of "Chopper"

Killed 1,000 zombies while riding a motorcycle. Chainsaws on the side make it easier.
Better With a Friend

Solved all case files in Co-op. You're a great friend!
Tape It or DIE!

Escorted 8 survivors at once. It's a party, everyone is invited!
Masquerade

Had 10 zombies with masks on at once. You showed them who's boss!
Custom Finish

Gave your bike a custom paint job. Sweet ride!
Father of the Year

Killed 53,596 zombies. You left them all for dead!
Data Miner

Filled all entries in the notebook and made some friends along the way.
Zombie Fu

Covered a zombie in objects. That sure was funny!
Look at All That Juice!

Created and consumed all mixed drinks in the game. Just like Mom used to make.
Window Shopper

Entered all the stores in the game. Did you buy anything?
Death From Afar

Used every type of ranged weapon on a zombie. They can't bite you if they're already dead.
Smashy

Used every type of explosive on a zombie. Kaboom!
Full Deck

Collected all combo cards. All 49. Seems odd, doesn't it?
Having a Gas

Collected all combo cards hidden in Fortune City. Inspiration is all around you.
Finally Full

Ate all types of food in the game. That can't be healthy.
Chuck Greene: Cross-Dresser?

Changed into all the clothes in the game. Zombie invasion is no excuse for poor style.
Duct Tape FTW

Created all combo weapons. Now put them to use!
Slaughter - S = Laughter!

Used every type of novelty weapon on a zombie. Lighten up a bit!
Improper Behavior

Spray-painted all Zombrex posters. They didn't do much good in the first place.
Win Big!

Played and won in all 9 TIR events. A true American hero!
Head Trauma

Used every type of melee weapon on a zombie. Anything is deadly in the right hands.
Chuck Greene 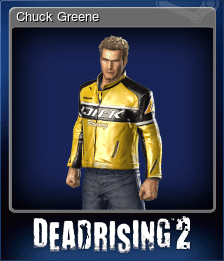 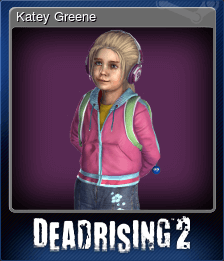 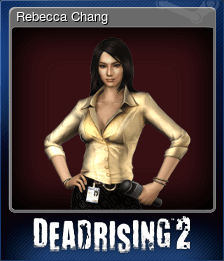 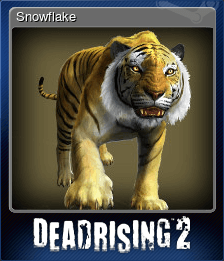 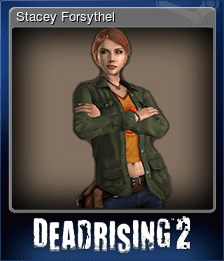 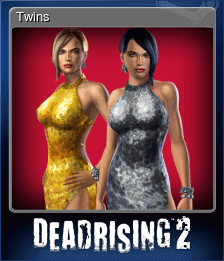 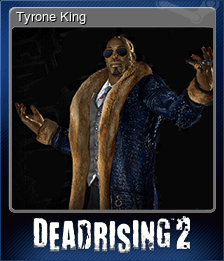