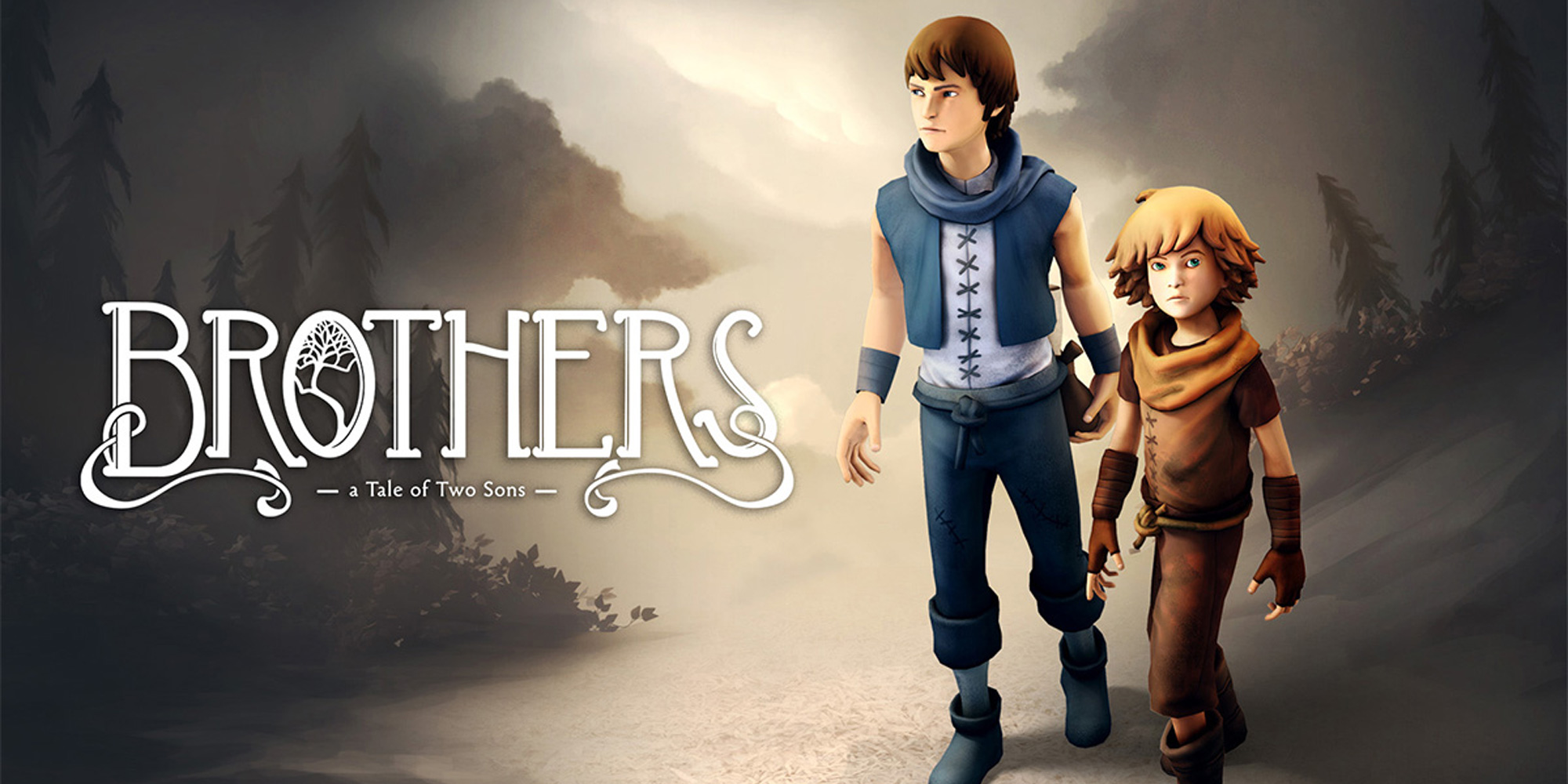 Brothers - A Tale of Two Sons is an experiment on the potential of controllers servicing as a unique and refreshing gameplay experience as well as the testament of trust towards the players’ intelligence in understanding semiotics by confidently telling a story without an understandable language, verbal or written, all soaking in a beautifully crafted art style.

It is an adventure game with beautiful scenery filled fully on the screen without a single distraction from the UI (or the lack thereof) all the way from the menu till the credits roll. It is certainly eye-candy wherever you look. Knowing this, there are many benches in the game where you can perform a “sitting” action to just lay back and enjoy the view in the imaginable breeze. The foreground where the players are traversing are filled with objects that provoke the desire to pinch it as if it’s too cute not to.

The background is stunning, presented not only to show off its grandiosity but also setting up the world of its version of the Middle Ages. The game also allows you to do “Free look” as you wish to absorb the scope. The low sharp edges design uniquely illustrates a kind of middle ages that are relaxing and charming. The tone can get darker sometimes but with this kind of visual style, it wouldn’t get too dark, but it did, creating a melancholic journey. The music increases its epicness and always plays at the right moment to evoke the right emotion that serves the epic tale right down to its heart.

The heart of the story is grief. Without me spoiling any plot points, you play as both the brothers on a journey to retrieve a cure for your sick father. The brothers will face a lot of difficulties on the road including environmental roadblocks, troublesome villagers, strange encounters that would all uncover story bits that are either tied to the main story arc or the lore of the game. What’s impressive is that all these are being told through voice tone, body language and staged environments. They speak in their own fictional language and there is no text to explain anything throughout the game. The whole game’s story, lore, and tutorials are presented organically through visuals. This is the most brilliant aspect of the game and the riskiest the developer has done. The amount of trust that the player would understand everything in the game is respectful and commendable. And they have done an amazing job in conveying everything because everything is incredibly well communicated.

Right at its Core 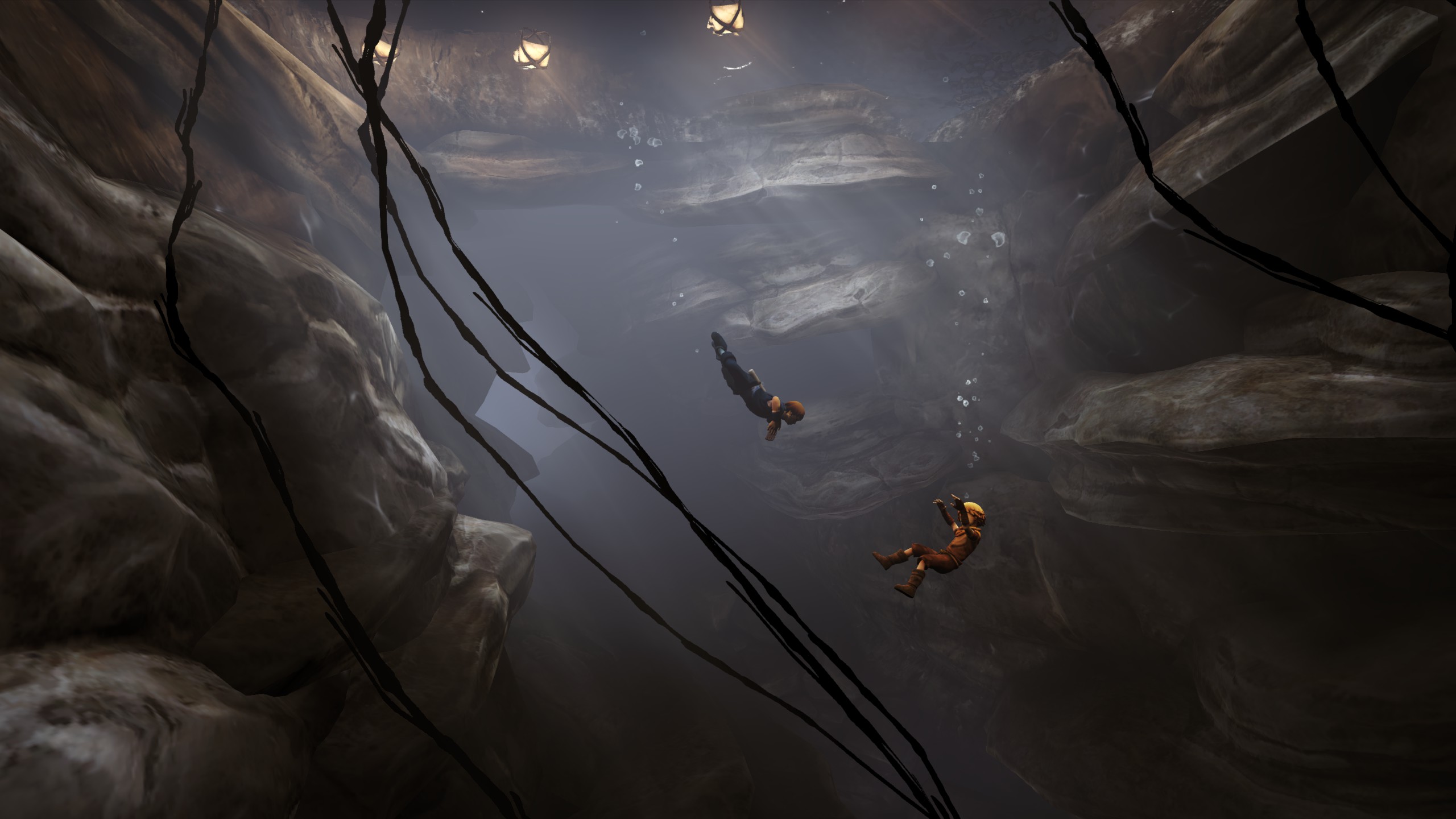 But the risk is not limited to the content of the game. Another exciting part of the game is how unique the experience feels. It is not a game that can be experienced just by watching playthroughs. Sure, by looking at the screen, you still can enjoy the beautiful scenery, but one thing becomes odd immediately. The brothers on screen move together at the same time but it is only controlled by one player only. Preferably using a controller because this game is definitely made with controller in mind. The feeling of holding the controller is part of the experience, but what’s more is the usage of both analog sticks as each controls the respective brothers. 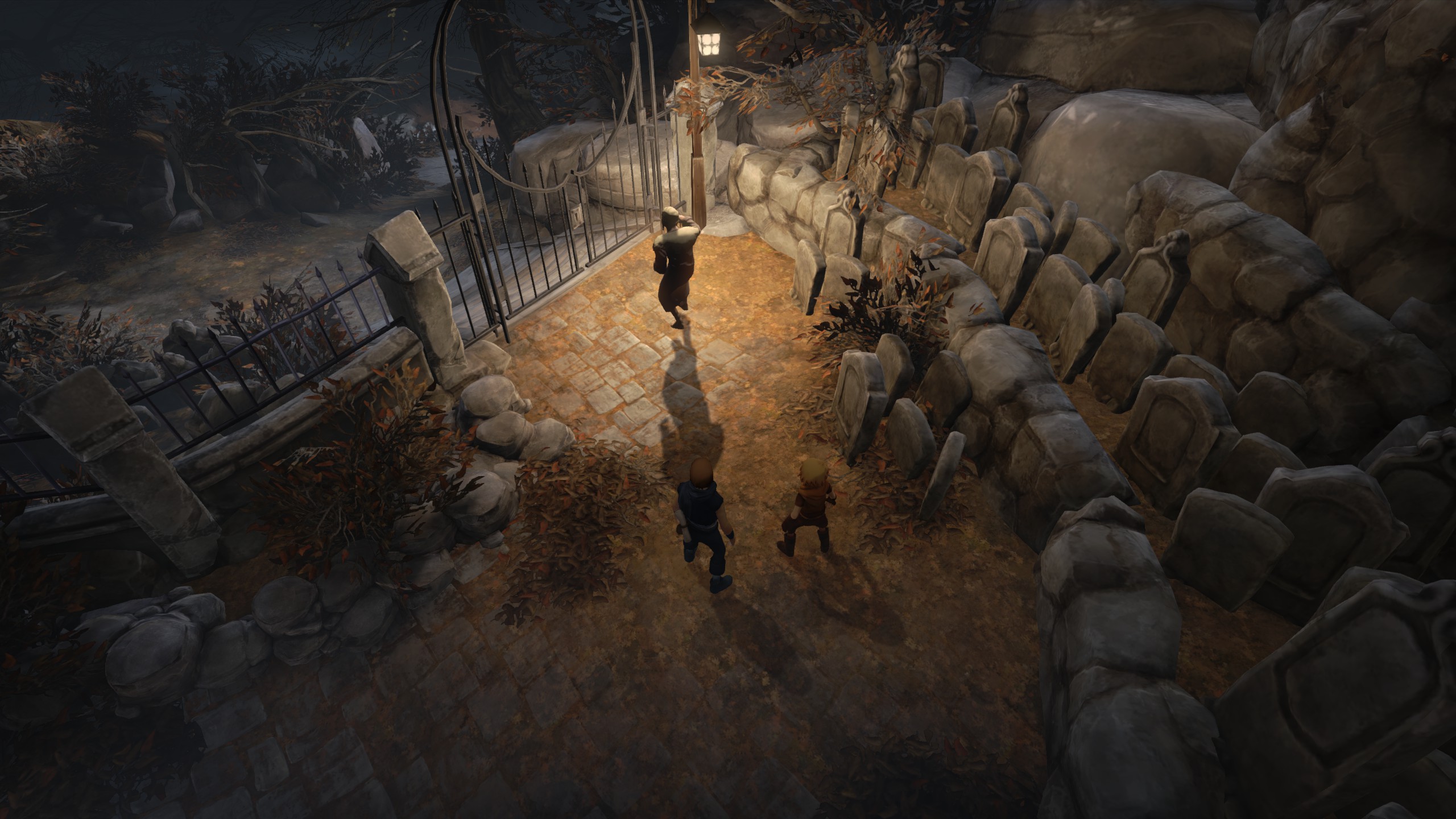 Playing a co-op game alone is the idea of this control scheme and it is a new experience that really challenges your brain to synchronize most of the time. This includes the basics such as the movement as well as the puzzles that require cooperation between the two brothers and the two sides of our brain. The puzzle is designed with such interaction as the foundation. It requires a specific brother to do a certain task before the other can do something. For example, the elder brother is stronger than the little brother thus all the heavy lifting will be performed by him while the younger brother is better at socializing thus leaving all the talking work mostly to him. It is a wonderful innovation for the controller experience and one of its kind. Just for this sole reason, Brothers - A Tale of Two Sons is a must-play in video game history.

Replayability: 5/10. Not designed to be replayed many times. It is an incredible one-off adventure game that has an ending. There are no collectibles nor extra content. It might have lingering feelings that may provoke you to revisit after a long period of time.

Recommended for: Gamers who like adventure games, innovative games, games that treat you like a smart being.