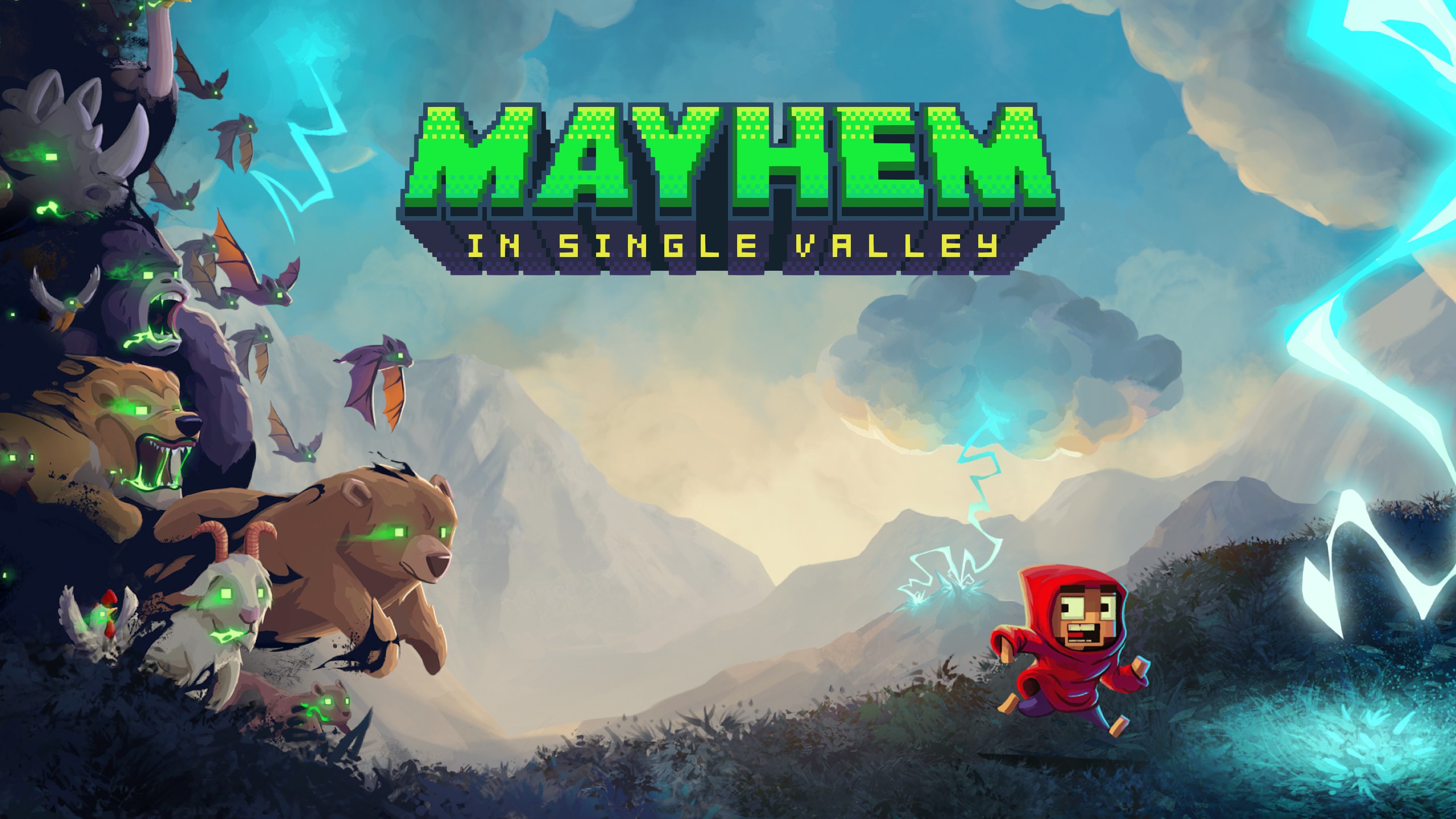 A peaceful morning turned chaotic that forces you to travel across a single valley stumbling upon a mysterious plot hidden in the town seemingly involves endangering every single soul in the valley and it’s up to you to correct the course in battles without a fight, puzzles without a hint, in a world coated in pixel arts and 8-bit music.

Story as the Context for All the Mechanics

Mayhem in Single Valley is exactly what the title suggests - in a single valley a chaotic incident happens that causes mayhem in which you are somehow involved and it is up to you to bring back peace. The game begins in your own house, setting up a safezone for you to explore the controls and mechanics of the game. It’s a great beginning to get yourself familiar with the game and it does a good job setting up the tones and style which the rest of the game will consistently utilize. You play as a teenager preparing to embark on a college journey but trouble finds you and suddenly you have a bigger responsibility because of some mysterious figure dumping radioactive toxic into the river where the whole valley gets their water from, turning them into green-glowing-eyed creatures.

“Them” here refers to the villagers as well as all living things that eat. The toxins turn your friendly neighborhood into a hostile ground, including the cute animals, wild and domesticated. So cute in pixel art that you wouldn’t want to kill them, fortunately, the game doesn’t allow you to. Instead of killing, the main confrontation is… 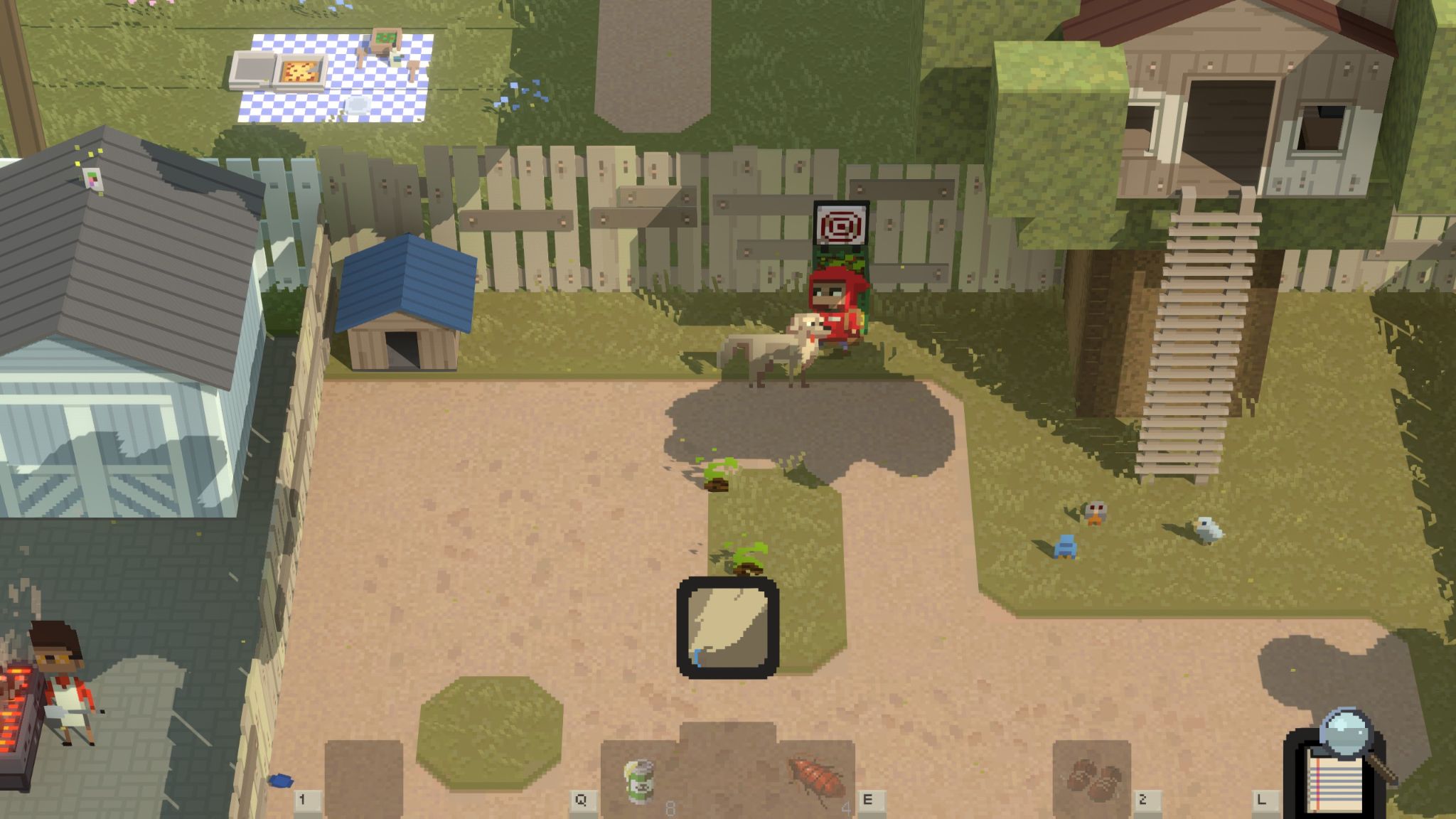 ...or dodge or distract.

Mechanics as the Experience for All the Styles

These 3 actions sum up the things you can do against the threat you are facing.

Distraction is the biggest amongst the 3 as it builds on other mechanics in the game as well. You loot, you throw, the enemies follow the scent and eat the thrown food. The tricky part is that only a specific item attracts specific enemies, for example: Cheese attracts rats. It is up to your real world knowledge to decide which item distracts which enemy. Once distracted, your path will be cleared and you are good to bypass the area. The downside is that your reaction may be restricted by the control scheme because it requires cycling through multiple items one by one before you can get to the item you want. The enemies may have killed you before you can get to the item. In later games, you will also get something to change how distraction works slightly, which makes the previous way redundant as the new way is far superior to do so, unless you somehow ran out of the new method. 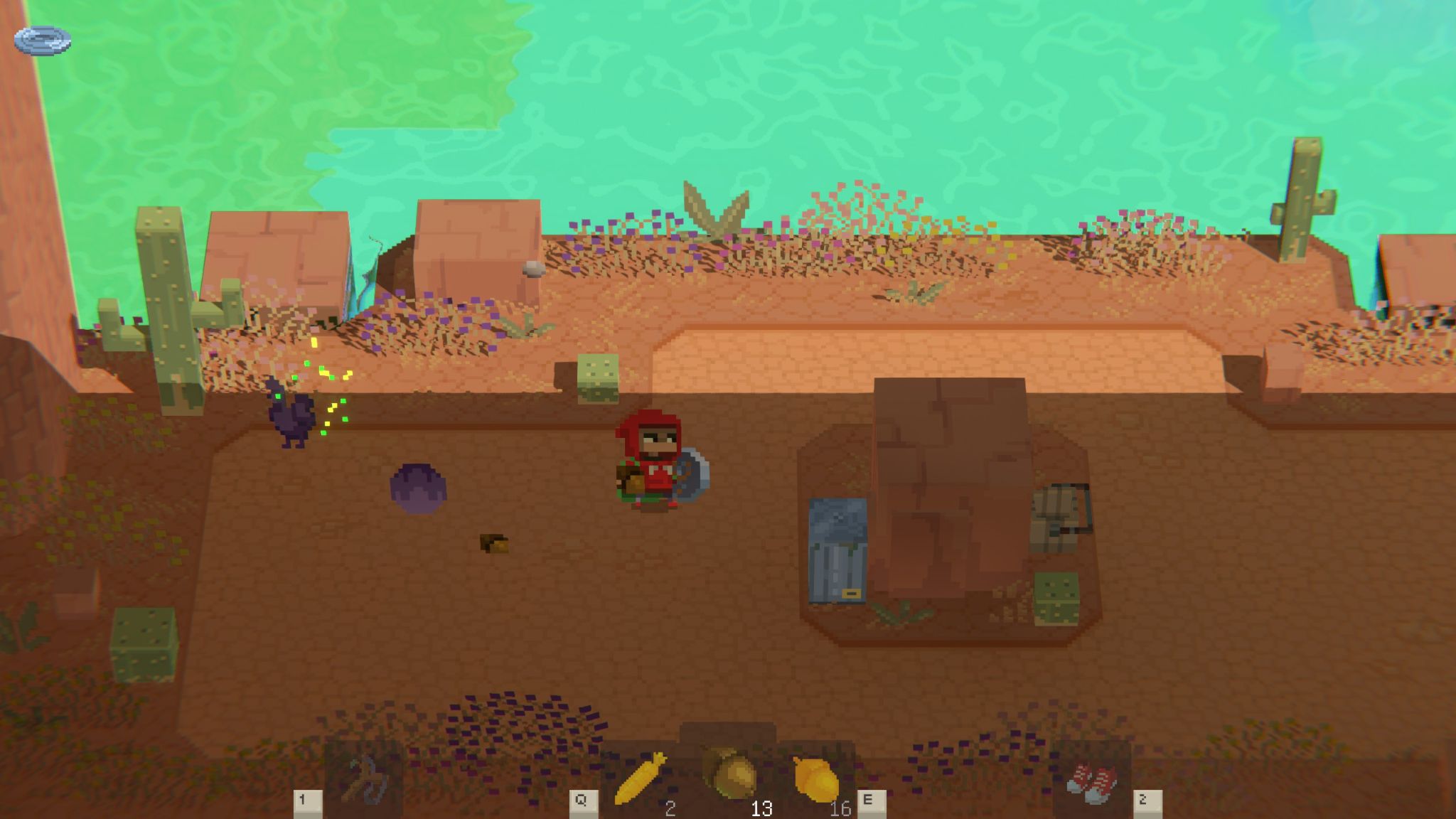 If you do run out of items to throw, you can also dodge around to avoid every enemy’s attack. Each enemy has their unique attack thus it is crucial to time your dodging right depending on the enemy to avoid their attack. One thing that diminishes the impact of being attacked is that if you die, you respawn in the last checkpoint instead of the save point you manually perform. This is an issue in many games but only a few have clever solutions. This game however does not have any. 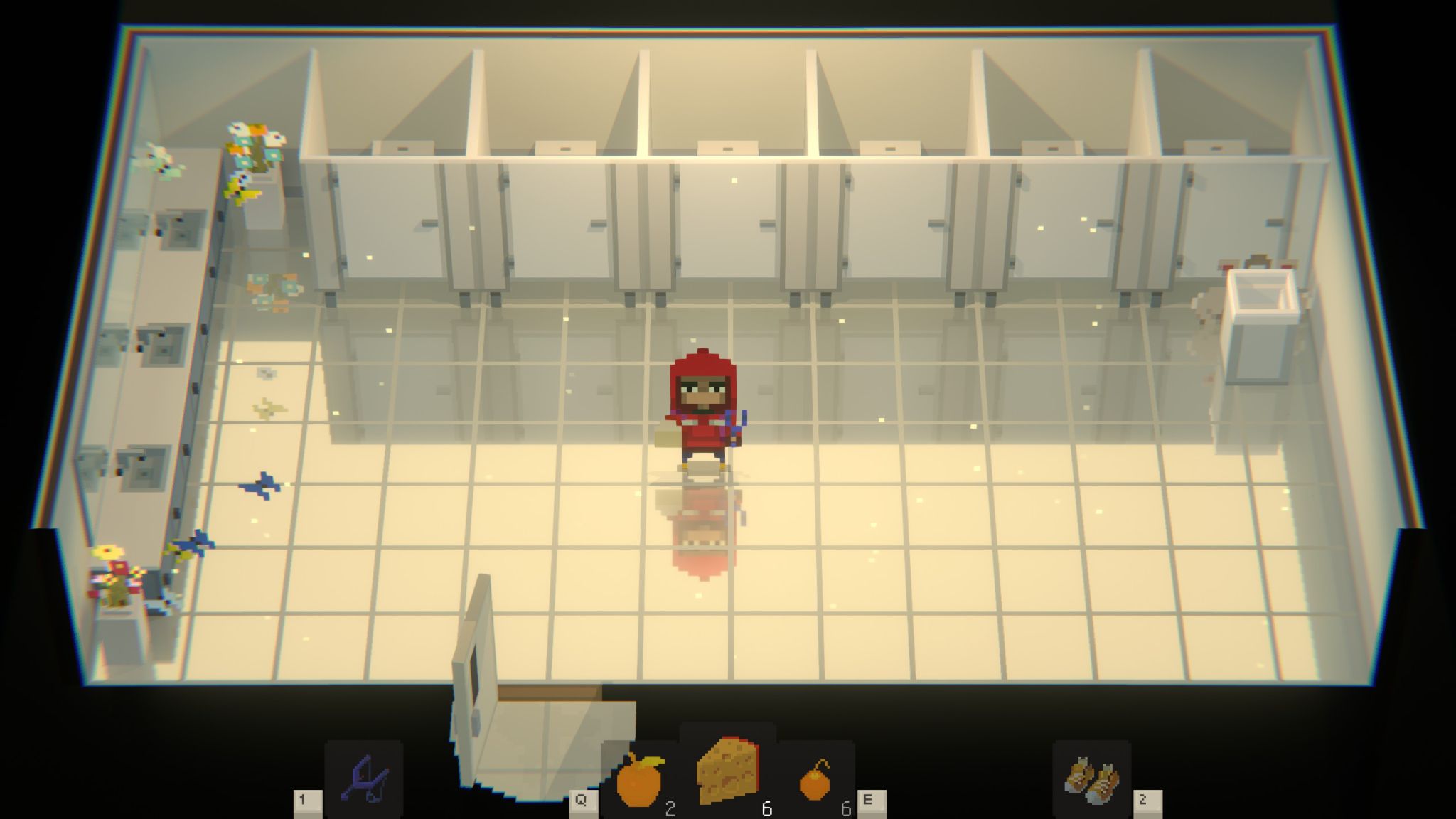 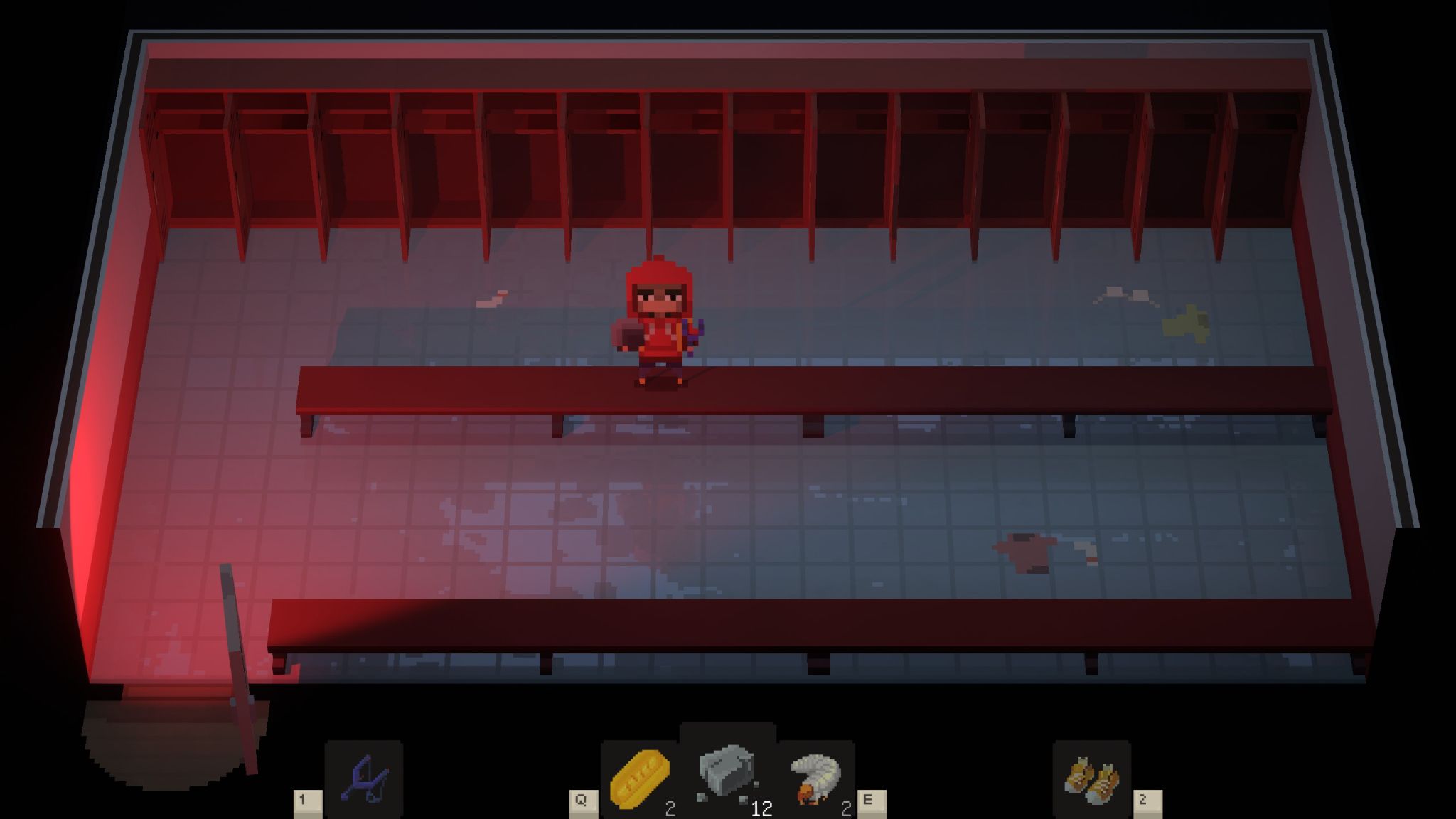 Lastly, it is possible to speedrun the entire game. All these mechanics have their integrated upgrades as well which is tied to the resources you find throughout the world. These resources are to be found as you explore deeper into the area. Exploration certainly reward you with the resources necessary to upgrade and trade with a mysterious trader throughout the game but the latter seems to be unnecessary as upgrades are more important than what it is being sold. 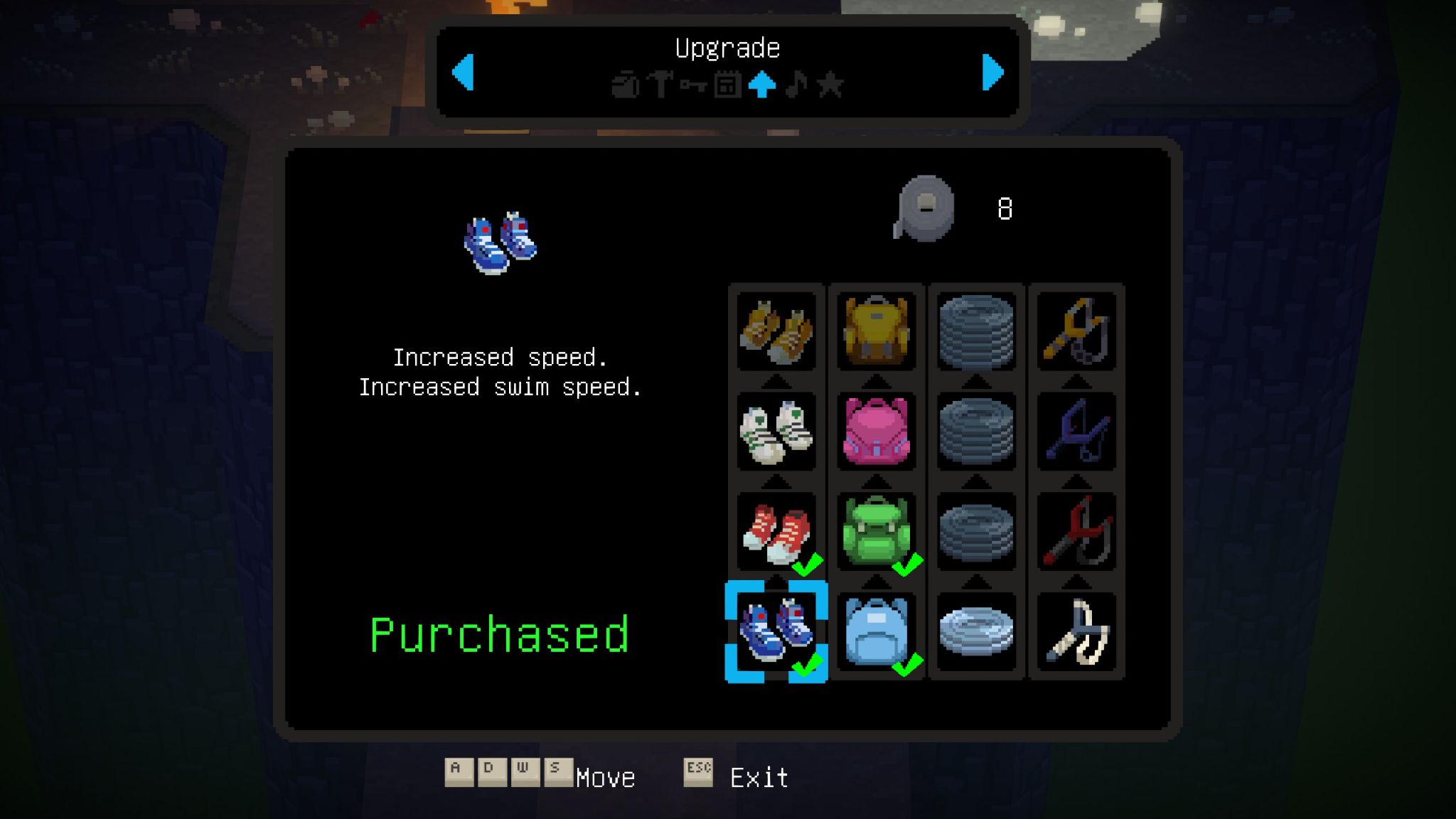 The upgrade system, although makes minor differences, is simple and straightforward. The upgrade is divided into 4 categories, running/dodging speed, backpack/belt slots, shield count, slingshot strength/effect. Shield count is simply a way to add an additional life for your character, giving you one more chance to stay alive when attacked. But because there are no severe consequences for dying, it doesn't feel as important. 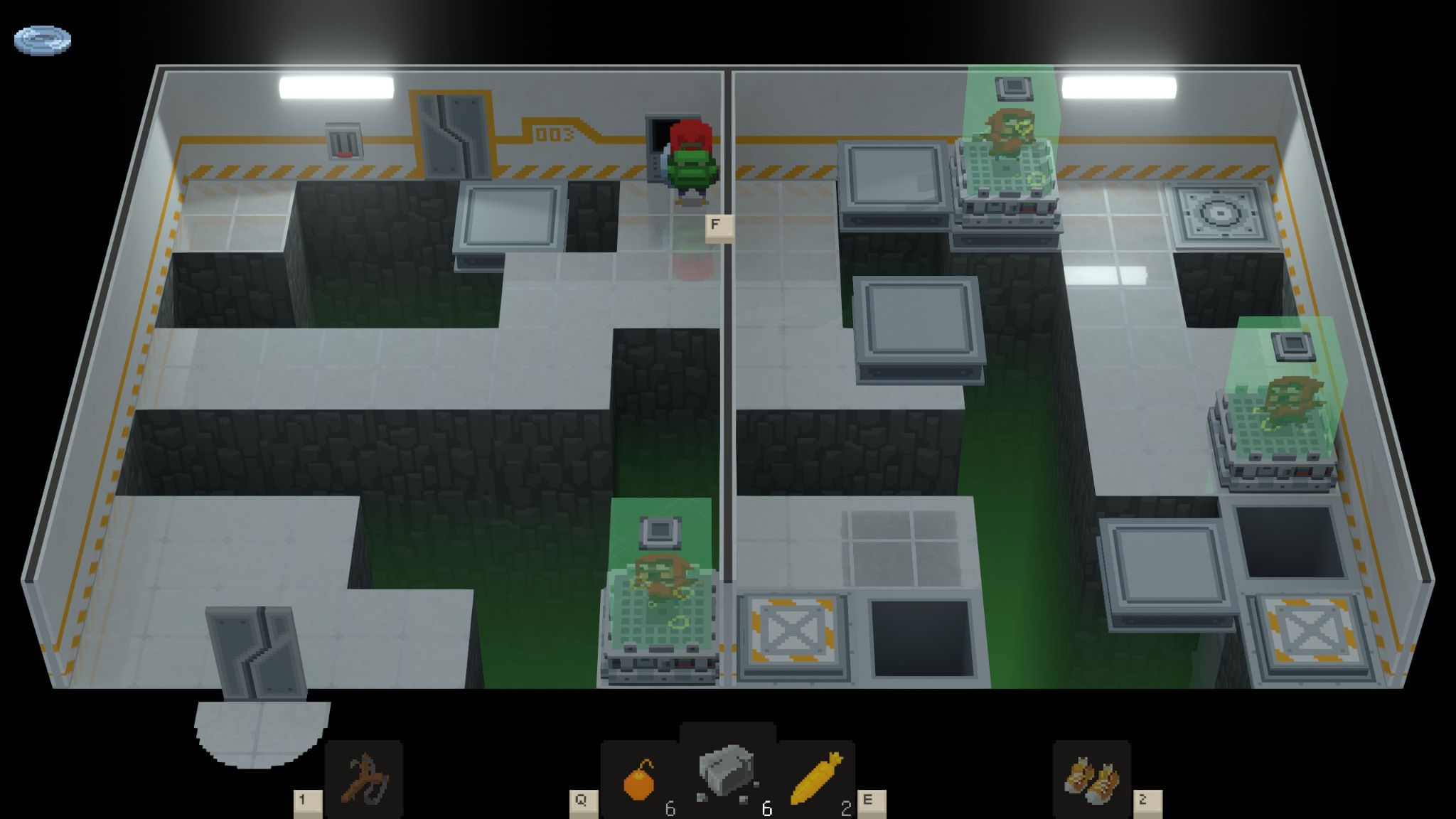 Puzzle solving is another significant section in the game. The puzzles are naturally placed and it fits the environment well. Push a fallen trunk across two cliffs to form a bridge, but one must wonder how a teen can push a log that is 10 times bigger than him. In the laboratory, you’ll get more bizarre and challenging puzzles. The difficulty of the puzzles are hard enough to feel rewarding when you finally figured it out. Other than giving you a brief to-do-list such as “find this person”, the game does respect your intelligence.

Other than that, the game also offers a few mini-game that provide so much depth and variety.

Styles as the Presentation for All the Tones 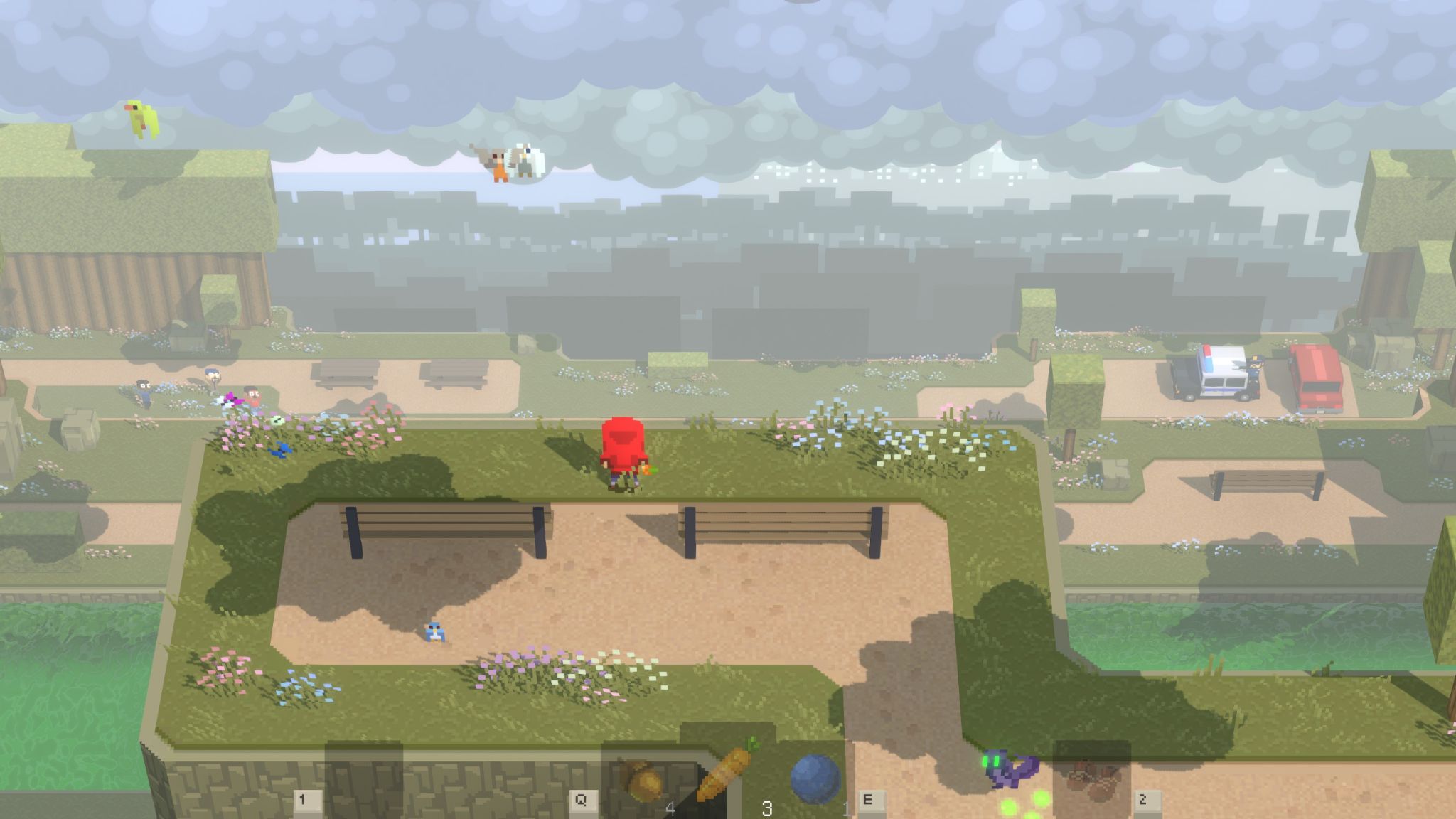 Everything is packaged into cute pixel arts and nostalgic 8-bit music. The pixel arts convey its object very clearly. The UI design is also neat and understandable. One of the questionable things about the UI design is the suggestion of having multiple primary items  as shown from a large pool of blank slots but you will only get a few at the end. It’s a minor let down to have the expectation that the game will change more dramatically, encourage a different approach to the puzzles and exploration. 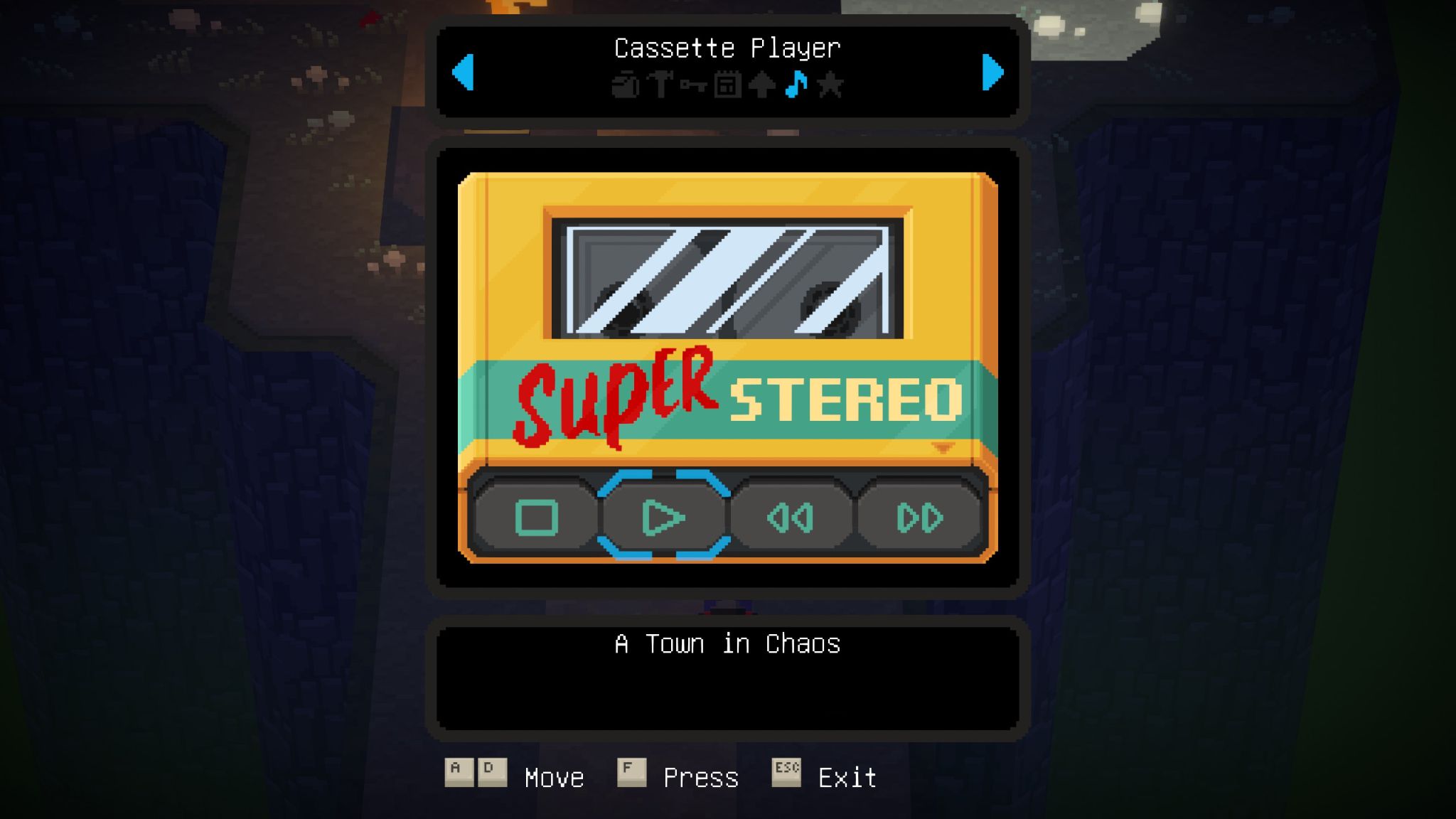 One of the unique designs the game offers is putting the music playlist under the player’s control. It is integrated into the game world itself as you will need to find the music cassette around the world to play the background music in your journey. You can swap out any music you found whenever you want. In terms of music, everyone’s playthrough will be different and dynamic, setting up a different mood based on your preference.

- Fun to explore the world.

Replayability: 6/10. You may want to replay the game if you miss out the collectibles

Recommended for: Gamers who prefer no combat involved. All for fun, all for story, all for styles.