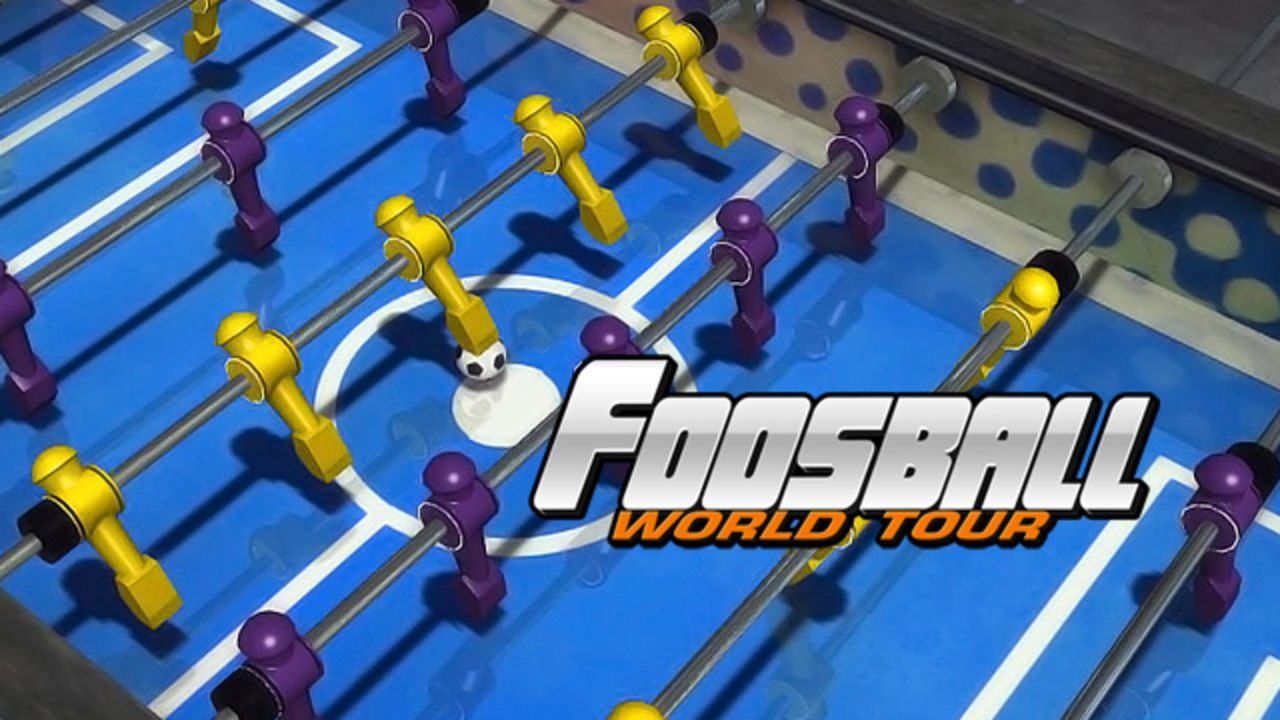 Foosball: World Tour - the game that will bring back tons of memories of times when playing it in real life was one of the best and most fun activities with friends. It's kind of a simulation game of Foosball (table version of football), where you're able to challenge other people, locally or in multiplayer mode, or just play against various difficulties of A.I.

This is a nicely done game, based on a simple concept that would be an amazing thing... only if not those two, some might say - little inconveniences. Unfortunately, those two cons make the game very hard to master, as the ball behaves unpredictably and there's no way to pass the ball between your lines due to control over all of them at once (it's hard to explain perfectly, but I think that all of you will figure out what I'm talking about :) ). Excluding those discomforts, the game is very fun, especially with other local players. It also offers a ton of customization options, like tables, balls, match settings or "foos men" and a level system for online multiplayer (which I unfortunately didn't get to test out yet as I couldn't find anyone playing it). So yeah, the game is good and fun to play, the only underdeveloped thing are the physics of the ball which is annoying but not bad enough to have any major impact on gameplay. Game - recommended!