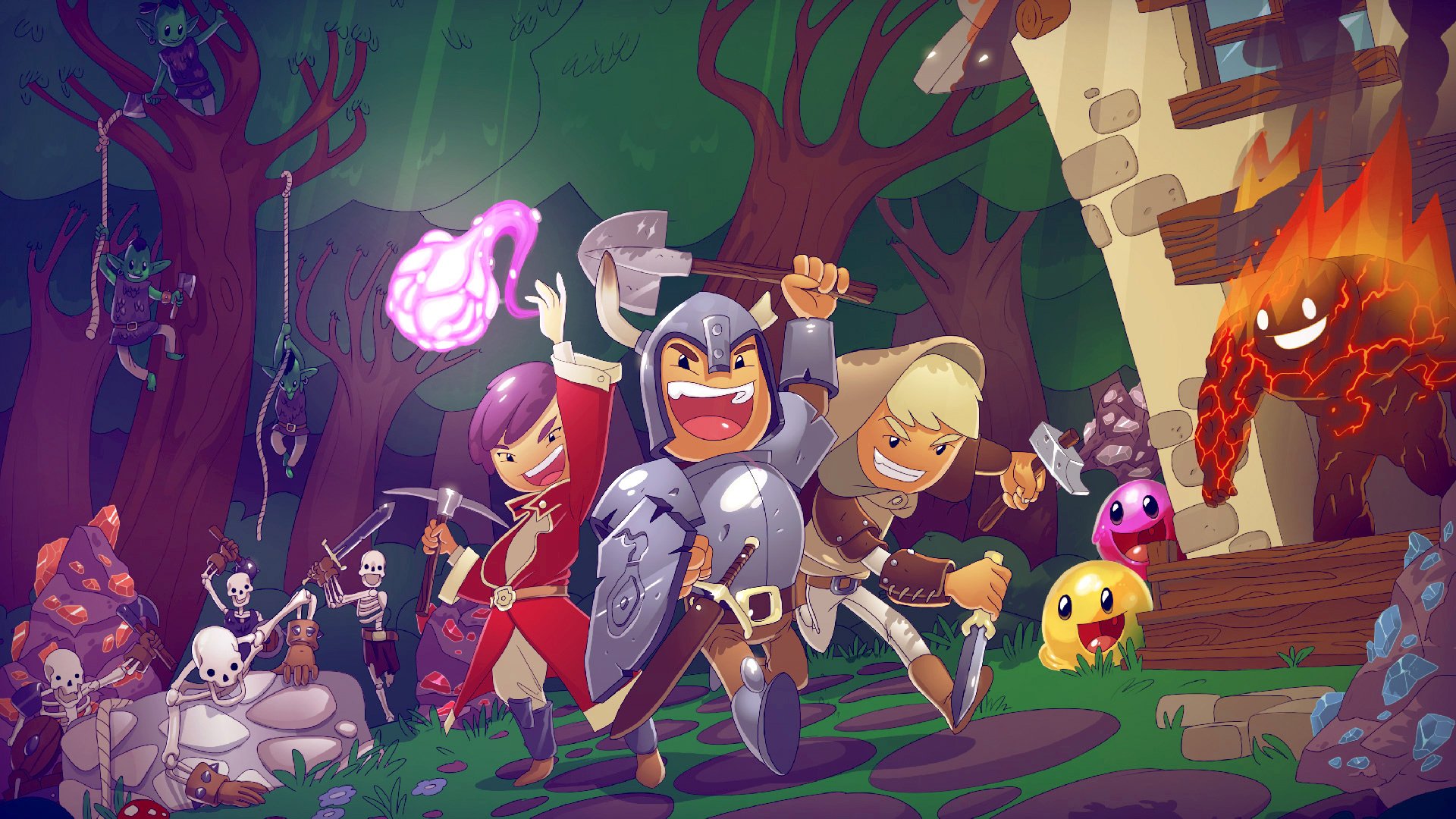 Tinkertown is a brand new sandbox RPG game available to PC users from the experienced development team at Head-Up Games out of Cologne, Germany.

The game features charming looking graphics and promises to offer a sandbox experience that allows players to mold their experiences in unique, procedurally generated worlds. The game looks beautiful and there’s no doubt you’ll soon be receiving Twitch notifications from your favorite streamers playing Tinkertown. It is the ideal game for streamers who want to explore the world of Tinkertown together with other streamers thanks to the co-op mode. This guarantees many exciting hours of good entertainment, ideal for collecting energy and cards of your favorite streamer on Streamheroes.

The game is currently early access, which means the game is still being updated and will evolve as you play. Of course, this means the game isn’t complete but there is more than enough there for us to review and give you an idea of exactly what Tinkertown has to offer at this early stage.

I have seen Tinkertown described as “Minecraft meets Zelda”, “the new Terraria”, and “the lovechild of Zelda, Secrets of Mana, and Terraria”. I think these descriptions are great for giving gamers a quick insight into the kind of games Tinkertown has clearly been influenced by and what it could become in the future as more content is added.

On a basic level, there are 3 main gameplay elements to Tinkertown: looting, crafting, and combat. You can also choose whether to play alone or via PvP with up to 3 of your friends.

The main element for the game, especially in the current early access format since there isn’t a whole lot of dungeon-drawing to be had yet, is crafting. Fortunately, the crafting in Tinkertown is excellent.

The crafting is intuitive and, like Terraria, takes place at crafting stations. Each time you loot a new material, new recipes for that material become available and are highlighted the next time you visit a crafting station.

As you’d expect, materials are gathered in the world by using your axe or pickaxe and dropped by enemies once you’ve defeated them with your weapons. The further afield you venture, the more exotic and rare items become.

There are several items you can craft that you would expect to see such as different kinds of armor, weapons, buildings, and decorative items to brighten up your town.

The only real downside to the current crafting process is that there is very little guidance on what items are available and what each item actually does. This can make it difficult to get started as a lot of experimentation is required for unlocking new recipes. 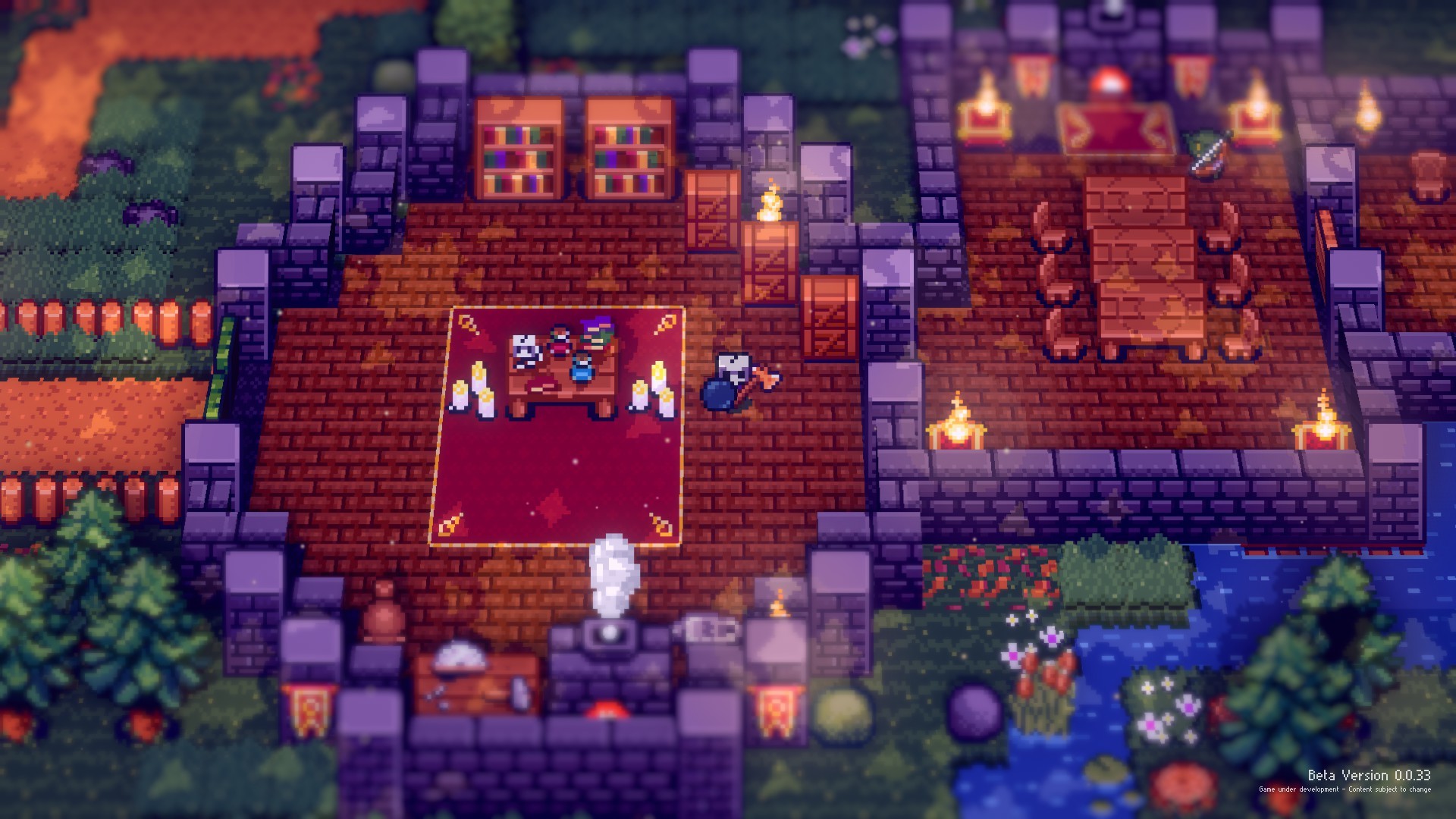 In all honesty, in the current form of the game, combat is very basic and the mechanics are somewhat lacking.

The mains issue is the lack of variety when it comes to both player and enemy attacks. All of the player melee options are very similar, which takes away any potential combat strategy.

Melee enemies also lack variety in their attack patterns. This makes it very easy to dodge enemy attacks by simply walking away from them and swiping with your sword as they chase after you. At this point, I haven’t found an enemy where this rather boring tactic hasn’t worked.

There are some enemies that fire projectiles, which present a nice, different challenge at first. However, these guys also become predictable very quickly and the challenge was soon lost.

My hope is the combat will be updated to include more engaging mechanics as well as much more variety in the enemy attack styles and patterns. 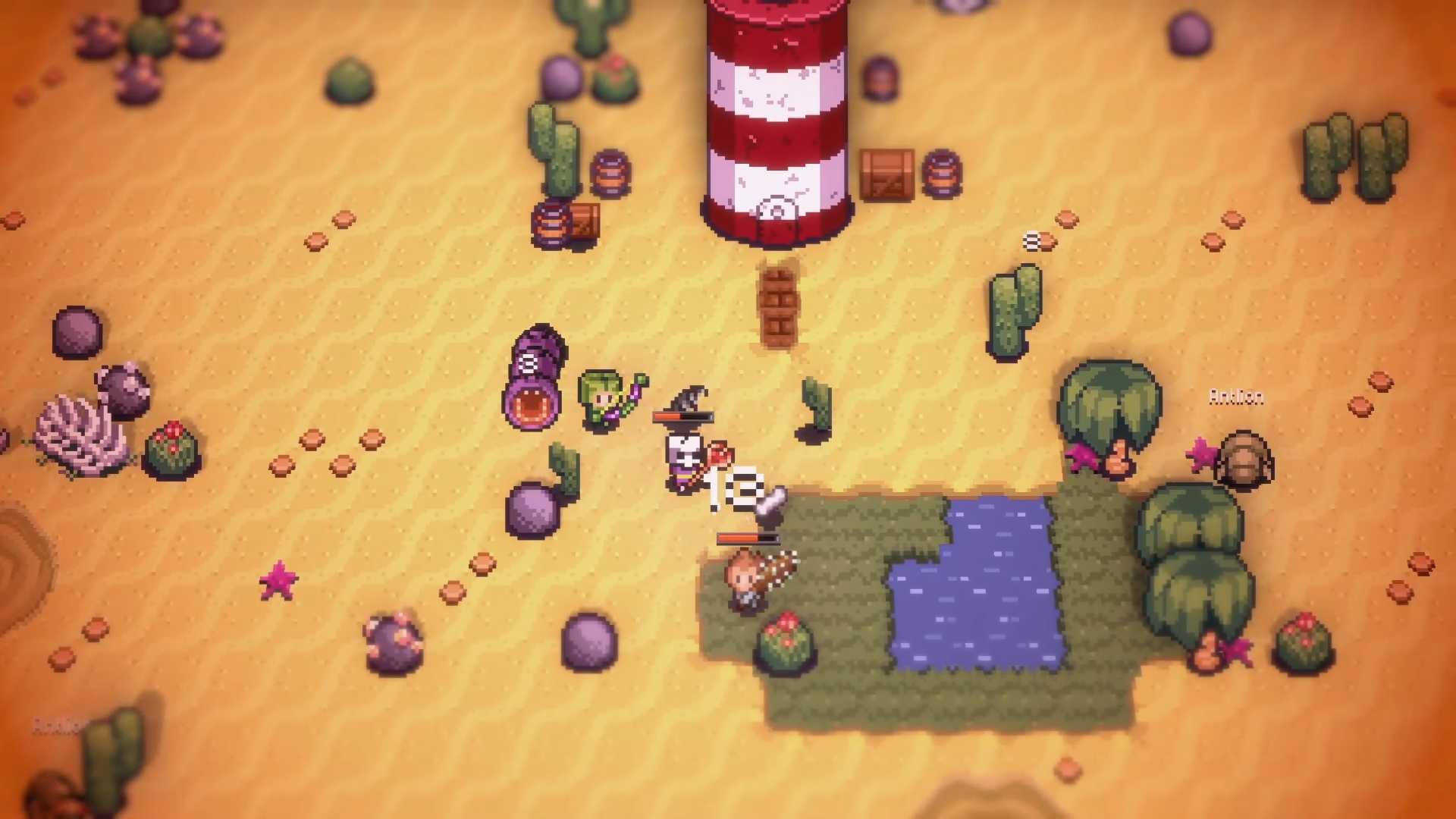 The intrigue in Tinkertown’s world comes from the fact it is randomly generated, which is an excellent way of giving players a sense of exploration and discovery. This works really well and makes it fun to explore different biomes without knowing exactly what you might stumble across.

The map for the game is also quite large and will take a good couple of hours to circumnavigate the perimeter.

Of course, the retro-style graphics help to give the world a level of charm and nostalgia. The visuals hark back to the days of Nintendo Entertainment Systems and the original Zelda, which was clearly a big inspiration for Tinkertown’s art style.

Despite there being a lot of ground to explore and various materials to find, the world currently feels a little empty. It is basically devoid of NPCs and other interactive features, which is another element I hope the team will flesh-out before the game’s official release in 2021.

No comments yet
categories:
Most popular
Latest comments