This game was designed to pretty close to hell, and it succeeded, but not in a good way. Hellpoint is a sci-fi souls-like that was developed by Cradle Games. It was released on July 30, 2020, and got rated a 6/10 by IGN. If you want a quick read without going into specifics, I was not a fan of this game, but if you want a breakdown of what I do like and what I think needs improvement, then you’re in for a treat.

The story has a strong opening, although it is very stereotypical in general. It has a mystery-like start, where you wake up from a strange matrix-looking body chamber, and a voice talks to you, but of course he has no time to explain and it cuts out there. You have to explore the massive space station and piece together what happened, while also talking to the mysterious voice while you are at it. I think that the story really lacks since it isn’t much connected to the rest of the game. You go through a short story segment of the game and then after it is over, it seems like it just sets you loose to do whatever on the next segment

The setting is amazing in this game, and it is one of my favorites I’ve seen in a long time. You’re in a galactic space station near a black hole, which makes everything extremely pretty in a very grim and morbid way. This leads into the story very well and immerses you into the lore of the game as much as it can. The problem is, there’s only so much immersion you can get without a solid story for the setting to be based on. The best way I can explain this is to imagine exploring a brand-new insane asylum. The setting is still an insane asylum, which is scary in and of itself, but without any stories in the past, it loses most of its meaning. Hellpoint suffers from the same effect since its lackluster story is barely present throughout the whole game. Because of this, both the setting and the story are linked, and both fall short. 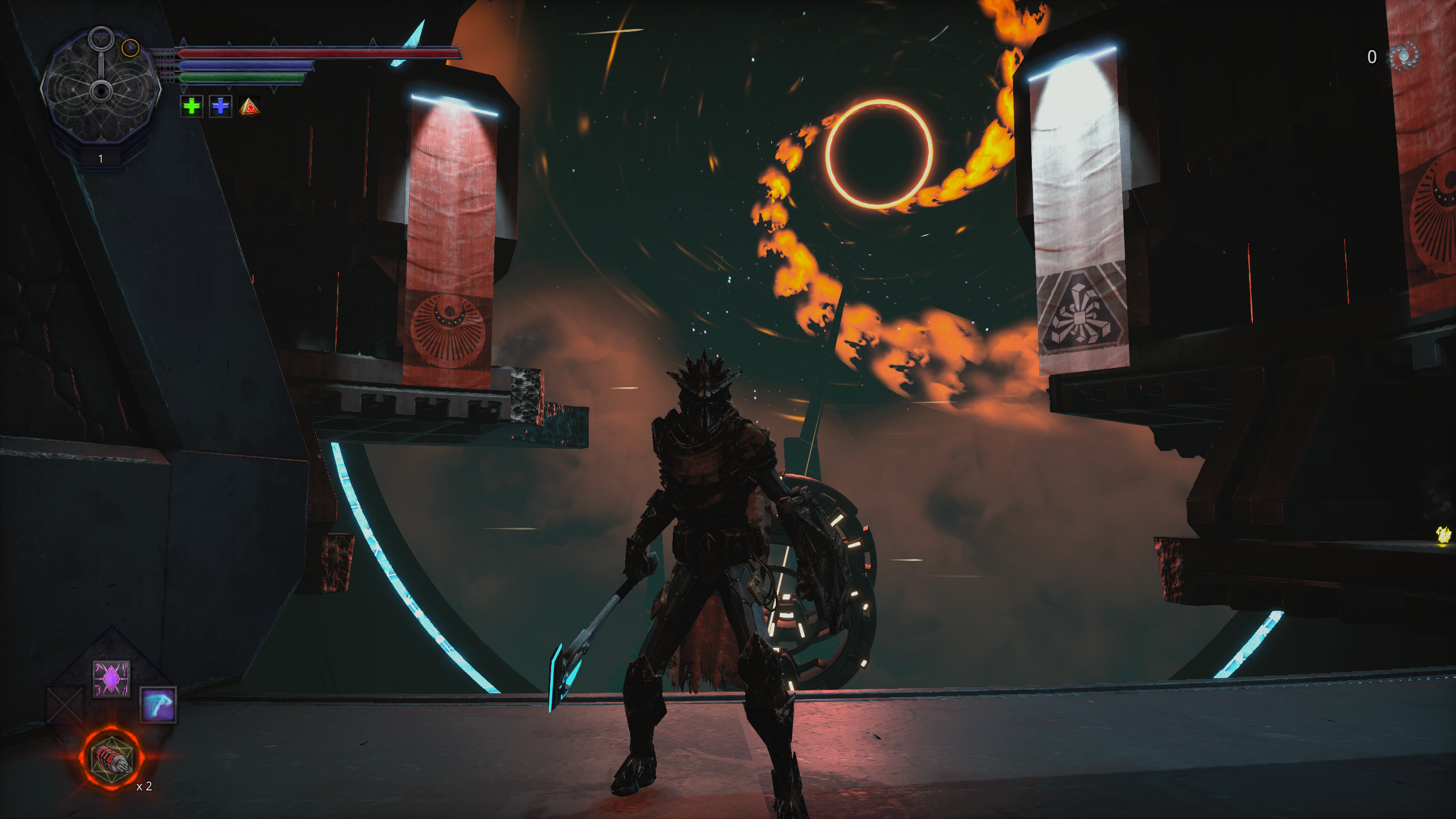 Oh boy, this one was rough. I'll try not to be too critical, but this needs some work. I understand that souls-like games are difficult, I have played them before, but when you have a difficult game to start with, and you pile on extremely unpolished controls and pretty bad interaction between the player character and the environment, it gets pretty frustrating. There were many times when I made a lot of progress and at the very end of a section I try to jump, and my character locks onto the abyss behind me and I’m launched off a cliff to die instantly. Jumping in general was just really spotty, with every ledge I needed to jump was a challenge that was a 50-/50 shot of working properly. The combat isn’t that bad but can get pretty stale at certain times. At the start of the game, I didn’t know anything about the combat system at all, which leads me to my next point. The start of the game is very rough, none of the mechanics or gameplay elements are explained to you or even mentioned until about an hour or two into the game. I played the intro a few times because of issues with the game-saving correctly and tried to find all that I could and there was absolutely no explanation for anything. For a game that has such heavy emphasis on leveling up, I had no idea how to do it until a few runs through the intro just because I looked up a guider on the quickest way through. ( I had spent hours in the intro section the first couple of times) This game could really use a better intro and a lot of polishing on movement, but at least the combat is there. 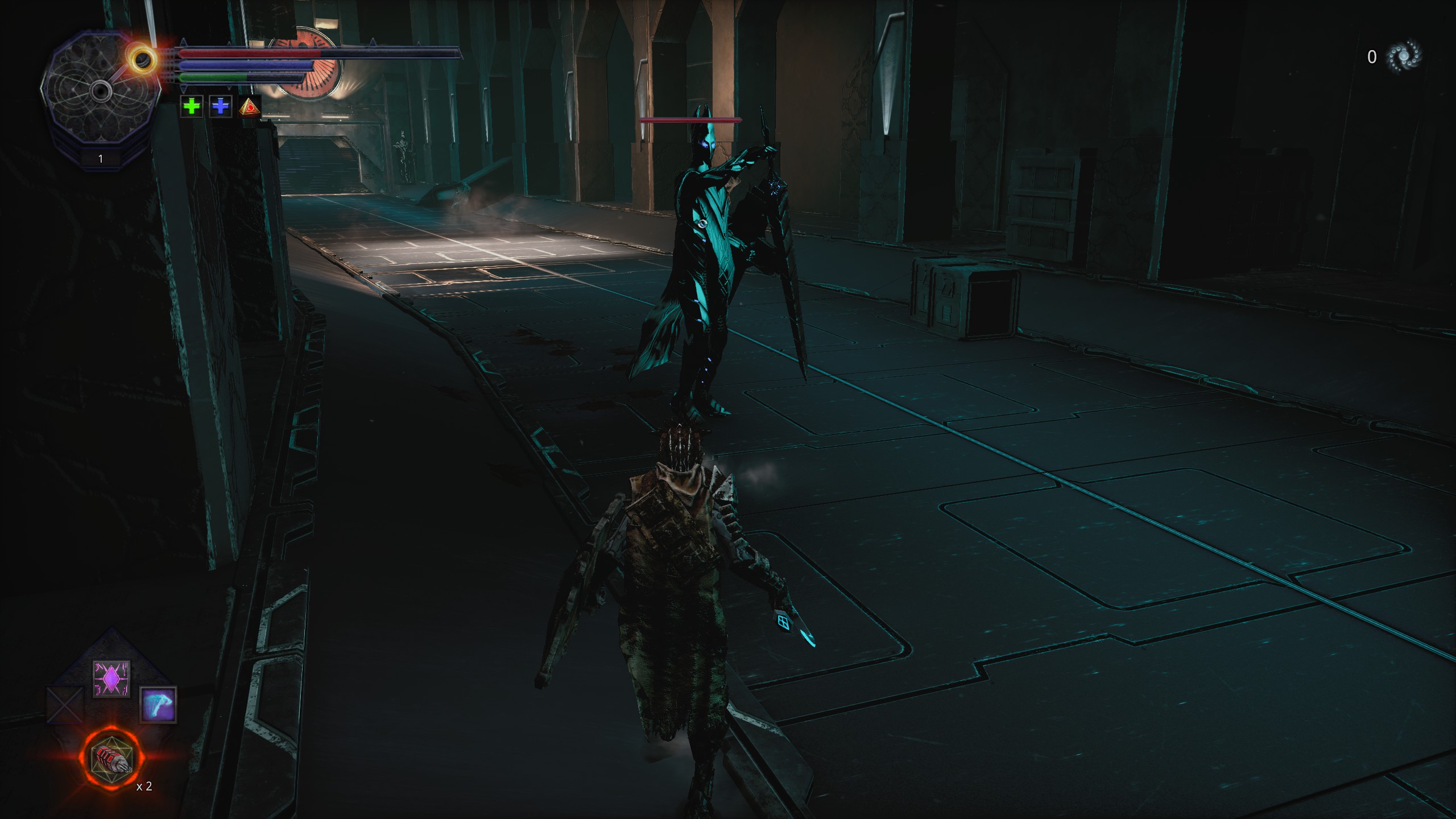 The sound was good, but I didn’t find anything very special about it. It was perfect for the setting, but, just as aforementioned, the setting was made weak by the story, so the sound seemed a bit out of place sometimes. When a game messes up really badly in a certain category, it makes all the other categories weaker as well.

Overall, the game seems almost like it's in early alpha, yet it is already released. I do not recommend this game yet, as it doesn’t really seem like a finished game, but the basis of the game, in general, seems to be pretty solid and has some promise. Sadly, I do not think that the game will have the amount of work done that I think that it would need to be perfect. You’d think that the issues in this game only stand out if you look for them, but I experienced them in a normal play-through multiple times, and it caused me to lose hours of progress. In its current state, I would give the game a three out of ten.

If you would like to support our store and purchase the game, head to Hellpoint in Opium Pulses' Store page!