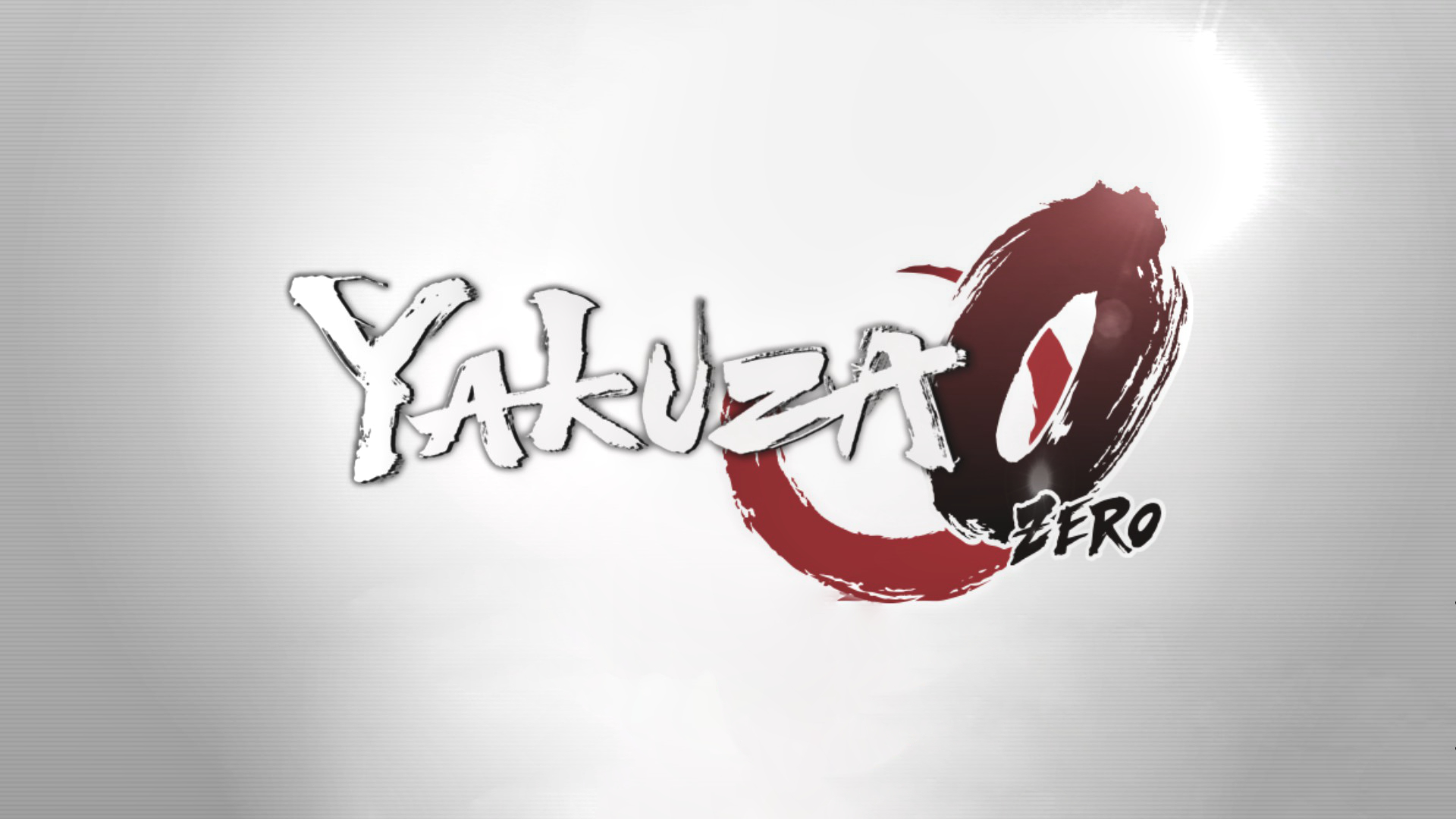 This is not a review of Yakuza 0, it’s supposed to be an article I wrote for one of my classes about how Yakuza 0 tells its story. If you want that then…. say noodles in the comments to give me a signal.

The video game industry is one of the most profitable yet youngest forms of entertainment.16 It is capable of utilizing any other art from that came before it ranging from painting all the way to including digital animation while adding its own flavor to the mix. There are many genres of games for all kinds of people that are classified in broad categories such as MMO, RPG, FPS, etc. Among these classifications, there are those that focus on storytelling. Our subject Yakuza 0 is one of them. Yakuza 0 is a game that is in a combination of storytelling while requiring the player to fight large quantities of enemies in a Beat ‘Em Up or brawler fashion. This genre usually involves fighting large quantity of enemies in close combat and the overarching story is about revenge or crime.3 Yakuza 0 is the 6th installment of Yakuza game series which tells a prequel story about the first game in the series simply called Yakuza. Yakuza 0 was the game that became a hit in the US market.17 Yakuza 0 heavily emphasizes the story and it uses its graphical cut scenes to back its intense story along with its ability to be an active experience and its solid game mechanics. I am going to explain how each of these contributes to this story in the order I mentioned.

The story of Yakuza 0 is like a tree. The two main branches are our protagonists Kazuma Kiryu and Goro Majima with Tateyama Makoto connecting them to the story trunk while down in the roots, we have people desperate for power. This is known as Parallel Plot.2 In Japanese, surname or family name comes before the first name so for from the names I mentioned, Kiryu and Majima are the first names of the protagonists, not Kazuma and Goro.

This was the structure of the story but let’s talk about the story itself. In my review of the game on the gaming platform, Steam, I said “The best way I can describe this game is an anime without the paint job”.9 The reason for this is that every trait an anime story has is present here aside from the art style.6 The game opens up showing the world to you, letting you see peoples’ goals and life. It has a sense of cold realism when it comes to the main story and the life of Yakuza is unique. Each of the 12 chapters of the game are interesting on their own and they reveal more of the story while letting you take a break from all the intense plot with funny and over the top side missions or mini-games. It starts the story slowly and ends in on climax and finishes a story instead of sequel-bating you.

The protagonists are extremely strong men that the rest of the Yakuza are afraid of. Yet they have their own flaws and are not the strongest people in the world. The Yakuza captains and lieutenant are strong enough to go toe to toe with you. However, you train and get stronger to finally take them down. By all definition, they are a Japanese hero. The characters are so detailed that even their tattoos are a match for their abilities and characteristics.7 Kiryu (one of the protagonists) name translates to “The Most Powerful Dragon” and has a dragon tattoo on his back. The European or Western view on dragons is that they are a means to an end. They come in and destroy but the Japanese belief is that they are a symbol of wisdom and strength which is exactly what he is. He takes gunshots, faces armis of Yakuza to reach his goal, while Majima is the exact opposite of Kiryu with his Oni tattoo. He is mad, powerful, feared, and destroys everything that stands in his way like his tattoo, Oni, which means demon.

Despite Parallel Plot being called a nonlinear plot in movies and books, the video game industry’s definition of a nonlinear plot is way harsher than this.2 In video games, the tile of nonlinear is reserved for games called “sandbox” or a mix of linear games and sandbox games. Yakuza has a sandbox world but the story is what is known as “railroad” which means that the story is on a set path and the player’s action does not change the story.8 Creating a branching story in video games is significantly harder because you have to take the player’s actions into account because games are an active experience. This is also why the standards to have a nonlinear plot in games is also higher. Great examples for a nonlinear plot in games are some ARPG (Action Roleplaying Game) games like “The Witcher” Series or “The Outer Worlds” with dialogue trees with 4 or more options and each can change the events that can happen later in the game.1

Not having the tag of “nonlinear plot” is not a mark of shame as long as your plot is interesting. Yakuza shines in this aspect by using an intriguing story caused by the Parallel Plot, the world-building, and interesting and deep characters.4 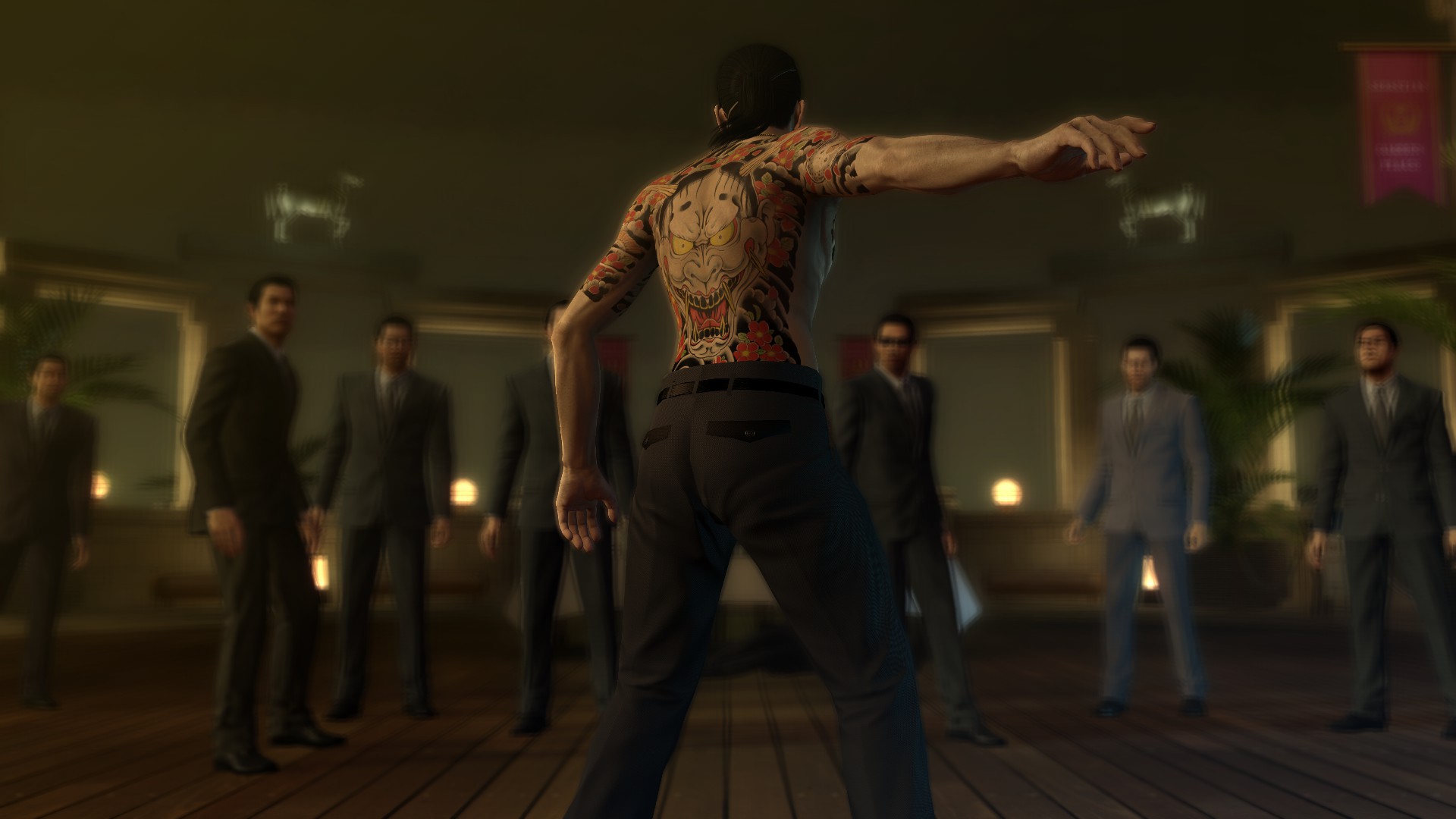 Majima preparing to take on a room full of Yakuza

I was never a guy who liked movies or TV series but some years ago I went to a medieval-themed show on my little wheelchair, where two knights clashed, and we had to cheer them to victory. The knight who was cheered more would win the battle. So, what made this different than watching a movie that bored me in the first 10 minutes? The answer to that is interaction. There was this mini-game here that gave power to your knight in exchange for your cheers. You were a part of what you were seeing. This is the hallmark of an active experience. In short, you can turn a passive experience to an active one by adding interaction.8

As I said before, this game utilizes cut scenes to tell its story but in order for that to happen it has to be in service of the game or act as a reward.8 Here, the story does this in an excellent way. The story talks about Karaoke than it passes it to the gameplay to enable you to actually do it or you enter a rooftop just to see your friend shot by a hitman, so the protagonist losses his mind, tears off his cloth and takes on the entire Yakuza gang present at the scene then it passes the control back to you. This makes is intimidating because this time there is no stuntman to do the action because you become the action.

The best demonstration of the game trying to pull its story’s weight using its active experience is actually demonstrated in an escort mission. The player is in charge of keeping Makoto safe from the hordes of Yakuza trying to end her life. Here the player is left alone to forge his own story with this blind woman. You use the crowed, covering against the wall so the Yakuza don’t find her, while you know she is extremely terrified as she is pushed around in darkness by you, asking you to tell her what happened to her friend, where you are going and so on. This causes some emotions to be developed for Makoto while preparing the player’s mental state for what’s gonna happen after that.8

In general, the game does use its player interactions to set up its next event. That can be a cut scene, a mini-game, or combat.

This is the bread and butter of games, this is what makes a game interactable. They make the rules of the world.11 For example, pressing “X” will make you jump in most games, this is a mechanic and mechanics comes together to form a game system like jump, double jump, and grab can form a platforming system. If you look at any game closely, they are all repetitive.10 Stardew Valley, farm.16 A hat in Time, jump.5 Team Sonic Racing, win the race.14

In Yakuza 0 the mechanic that is an integral part of the main story is the combat system. Based on the story you are strong and feared and the combat shows that. The amount of damage you deal, the number of guys you take on, the motorcycle that you effortlessly lift, all paints you as a force to be reckoned with. Yakuza 0 is probably one of the weakest examples of merging mechanics with gameplay and doing that can create extremely deep stories but it does not have to do that to make a good story, if “Ludonarrative Dissonance” isn’t created.8 This basically means that the player’s actions are disconnected from the actual story. For example, if the story is about saving someone from a burning building but the gameplay is about mining gold, that’s when Ludonarrative Dissonance is created. Yakuza does not fall into this trap but it doesn’t utilize its gameplay nearly as deep as games like Undertale that even deciding to kill someone or not can change the outcome of the game.15

Video games are made to be entertaining, some rely on their complexity, some on their multiplayer but some rely on their story while many of them try to do some innovative things to tell their story but Yakuza manages proves that you can have a fantastic story with the simplest tools you have as a game with its intriguing writing, mechanics that make sense in the world but aren’t too complex, or by just making the player invested in the world.