1
Out of stock
Steam

They said she was unsinkable but they were wrong.

Experience the Titanic in all of it's glory, board the ship, witness the iceberg collision and escape if possible!

Relive that fateful day on April 14 1912 when the largest and most luxurious ocean liner at the time struck an iceberg. They said she was unsinkable, but nonetheless they were wrong. You are put into the shoes of the captain, Edward J. Smith. You will witness the collision with the iceberg and the sinking of the Titanic, and will need to attempt to escape the sinking ship. The game will feature many features, such as the boarding of the ship to the sinking of it. It will highlight the Titanic journey and bring the player on a breathtaking experience. The game focuses on a simulation experience of the Titanic. 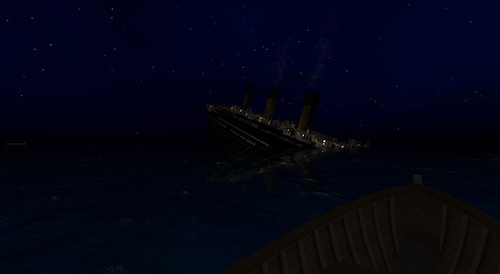 Titanic: Relive the Experience will be purchased for 3000 points.