Punch and claw your way through forty fast paced levels of pure mayhem, while honing your Ninja Cat skills, in order to rescue your Master from the evil claws of an unknown enemy. 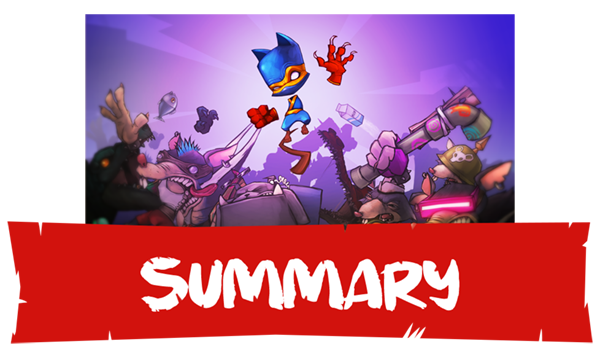 Claws of Furry creates a blend of today's fast paced action with classic arcade Beat'em up badassery. With four distinct environments with unique enemies, the challenge is always evolving. Multiple modes such as Rogue-like and Arena, and unlockable outfits with unique bonuses, will keep you coming back for more. Fear not the rogue-like though; with the Pussycat mode you can play the game with checkpoints in every level, in a classic linear adventure. This will not make it much easier though, fast reflexes and a keen eye are required in order to survive the journey to free your Master. You don't have to take this journey alone though; you can have a group of up to four people in local co-op! 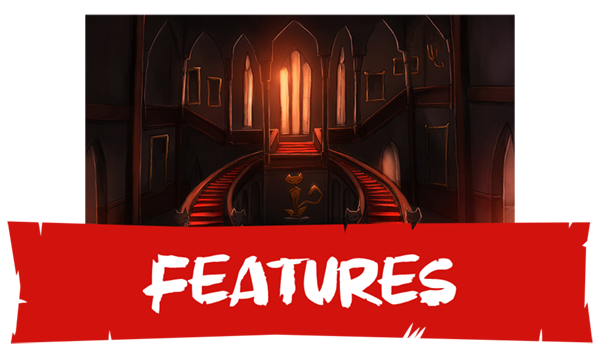 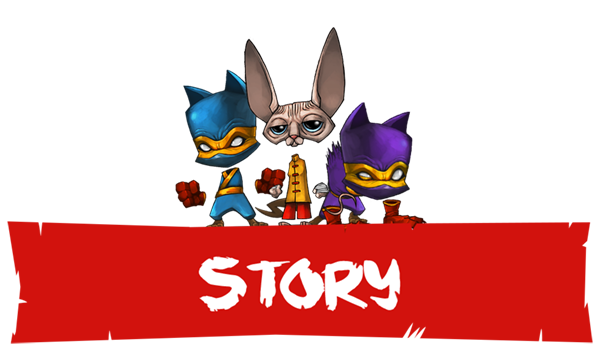 Your Ninja Master was abducted before your eyes! Pursue his tracks through the territories of your sworn enemies and free him from captivity! Be vigilant though; not everything is what it seems...

Story in Claws of Furry follows the old-school arcade path, meaning that less is more. The narrative has linear progression, with short cutscenes that progress the story, but fear not; the game focuses on what you really want: punching things.

Beat the boss of the Sewers!
Bullet 100 Enemies

Beat the boss of the City!
Beat the Final Boss

Beat the final boss
Last in the Arena for 10 waves

Last in the Arena for 10 waves
Unlock all outfits

Claws of Furry will be purchased for 4320 points.