While on duty you’ll need to remain ever vigilant and question any suspicious behaviour to protect your small American town from a rising criminal threat. Off duty you’ll need to visit friends, family and live life to its fullest. Your actions while at work and home affect your stress levels. If you spend too much time fighting crime, you will be under severe pressure that will affect your ability to uphold the law.

You’ll need to question witnesses, administer breathalyser tests, block off roads for city events, site mobile speed cameras and pursue fleeing criminals on foot and in one of the specially designed police vehicles.

Mardo
Few words about the game
Enforcer: Police Crime Action is a a game that shows complete opposite side of GTA series - the righteous side of the law. You're in control of policeman, starting your career from the very bottom of it, showing us with lots of details how does the average life of law-enforcement officers looks like.

Advantages:
+ Good, quite uniqe concept of game
+ Absorbing gameplay with tons of various missions and events
+ Sounds are done quite well and voicing of characters is predominantly very good, big "+" for it
+ Control over your characters, whether on foot or by car, is bit weird yet very responsive
+ Map is impressive thanks to its size and diversity

Disadvantages:
- Mechanics and physics of game are horribly... stiff I would say. There is almost no smoothness anywhere you look around
- Graphics are kinda not satisfying as for 2014 release
- After few in-game days, it forces you to be always on duty as things that are out there to do are really limitet
- Buggy and glitchy as all hell

Summary
Game is obviously highly unpolished but devs are constantly coming out with new updates to it, fixing quite alot of issues (when I watched footage from about 1 year ago, game was in really, really worse state), but still, in my opinion it should be in Early Access right now. Yet after all, game is interesting, I might even say that it's bit addictive once you'll get sucked into it, I would love to see even more refined version of it. Even with all this negativity towards game and developpers, I do recommend trying it out. It's interesting and entertaining and belive me, thanks to "unfinished" state of game, it's even more fun than you would think it is!
Product categories:
Action Adventure Simulation Single-player Steam Trading Cards
find out
Suggested products 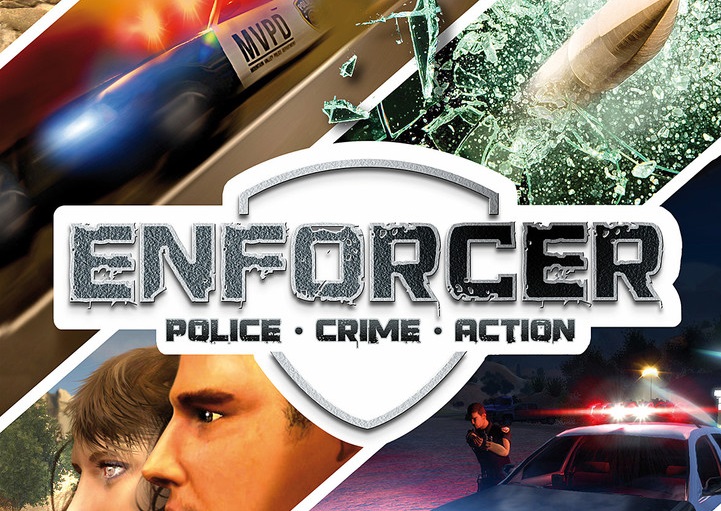 Enforcer: Police Crime Action will be purchased for 3990 points.